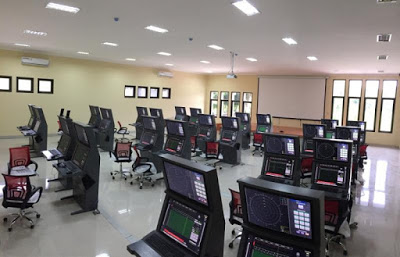 In November 2016, ECA Group has successfully conducted the SAT (Site Acceptance Test) for the SonSim Sonar Laboratory delivered to the Navy of an emergent country in Asia region.

ECA Group SonSim Sonar laboratory is a PC based solution (CBT), for the training of sonar operators that allows to train the crews on ASW operations, through the principle of the internationally approved sonar theories.

The system has a classroom configuration, for frontal training using modern Computer Based software to give operators, the possibility to test the sonar theories with hands on the ECA Group virtualized sonar system.

The classroom is composed of:

– One instructor station that allows the contemporaneous presence of two instructors, whom can launch and manage the exercise and control its execution
– One debriefing station, with the functionalities to record and replay the exercise on a large screen for a post-mission analysis
– One sonar classroom with twenty-four (24) student stations, all connected together in the same virtual exercise. 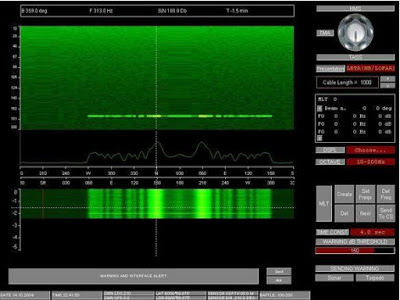 SonSim is a entry level, PC-based training simulator designed for sonar operators training. The simulator can be adapted to simulate any sonar system, ranging from active to passive sensors, used on board submarines, warships, ASW helicopters or Maritime Patrol Aircrafts. SonSim is composed by a server that contains the database, the training session’s initial conditions and run-time recordings, the simulation applications and the system configurations. Sonar Station(s) those can be used in stand-alone sonar training workstation or integrated with bridge simulator. (photo : ECA)

ECA Group Sonar Simulation system (SonSim) is a powerful software engine, with the capability to create a virtual but extremely realistic underwater environment, with all hydrographic and climatic data, as well as, the possibility to change meteorological conditions to demonstrate the effects of various sound propagation profiles while performing submarine detection mission. The Sonar Simulation system (SonSim) is also equipped with several tools that enable the instructor to assess the on-going acoustic propagation and the ability of the trainees to exploit sensors capabilities.

The most appreciated feature of Eca Group Sonar Simulation System (SonSim) is the Data Base management station that enables sonar instructors to change sonar data-base parameters in order to set the own ship sensors and environment, creating the most realistic situation possible.

The good and strong relationship with the customer could allow further evolution and updates of this simulation system according to the needs of the Navy for the future naval programs. (ECA) 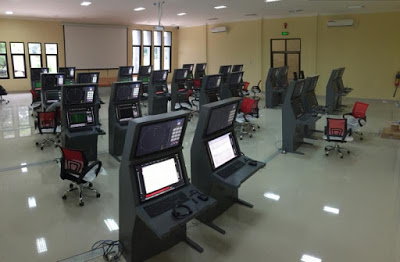 The presence of a delegation of Indonesian Navy has given to ECA Group the possibility to work closely with its customer representatives, who have tested ECA Group Sonar simulator System.

ECA Group meets all requirements of this important customer.

The sonar laboratory is a PC based solution for the training of sonar operators using ECA Group sonar simulation system.

ECA Group sonar simulator has already been validated in the past year by customer Navy operators, who have expressed their appreciation for the extreme reliability and realism of the solution. ECA Group sonar simulation system is based on the principle of the internationally approved sonar theories.

Sonar operators can be trained in underwater and surface vessel detection, classification and identification in a virtualized environment with the same characteristics of the real operational area. Using the virtual reality ECA Group recreates the underwater environment taking into account all environmental background noise, the bottom surface reverberation, the climatic and meteorological conditions and all the conditions that effect the sound propagation in a specific geographic area, chosen by the customer. Navy instructors, using the user-friendly interface of ECA Group instructor software can create realistic scenarios with increasing difficulties in order to train sonar operator from the basic to advanced level.

The specific sonar laboratory purchased by Indonesian Navy will be a computer based training system (CBT) with all functionalities needed for the submarine sonar operators to be skilled in their professional mission. (ECA)