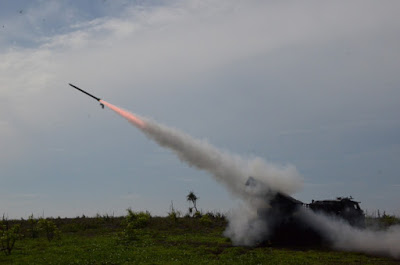 According to “Jane’s  Defence Weekly”, citing a source in the NE Indonesia, systems have been delivered in accordance with the contract signed the Ministry of Defence of Indonesia with NORINCO corporation in 2015. The test firing produced systems are currently undergoing several landfills in East Java.

122-mm MLRS “Type-90B” designed to fire destruction of command posts, missile launch sites, airfields, ports, infrastructure objects of the enemy. It is mounted on the automobile chassis Tiema SC-2030 with the 6×6 wheel (licensed version of Mercedes-Benz in China). 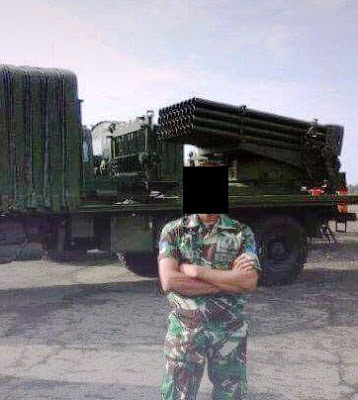 Artillery unit MLRS is composed of non-removable package with 40 tubes. Ammunition includes 80 units, 122-mm unguided rockets, including 40 in combat pack behind the cab. Firing range is 20-40 km, Rocket system can be run separately or in one gulp with an interval of 0.5 seconds, reloading time – 3 minutes. 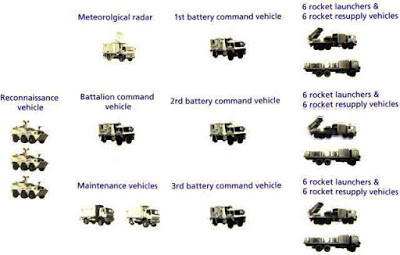 To equip MRL, NORINCO also has a new 122-mm guided munitions BRE7 with a combined GPS/inertial navigation system, which, according to the manufacturer, which is claimed to provide a circular error of probability of 25m at a range of 40km with a CEP, It is not known data whether Indonesia intends to purchase this type ammunition.

According to “Jane’s”, acquired of MRL does not feature digital fire control system, including minicomputers HJ-1, and all the shooting parameters are calculated manually. 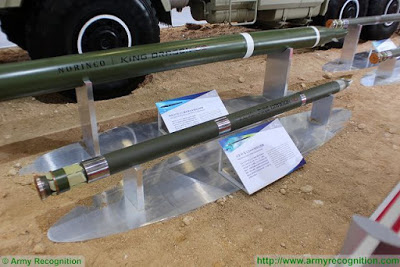 As expected, the set of KORMAR MRL will be fully ready for combat use in 2017.

Before delivery MLRS “Type-90B” Indonesian Marine Corps also conducted tests of rocket R-Han 122B development of the national company the “PT Pindad” with RM-70 MLRS. At the present time it established small-scale production of these munitions.