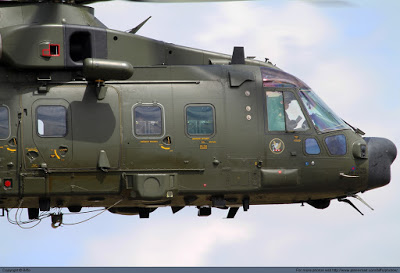 Minister Ryamizard confirmed that he once said that the purchase was canceled since President Joko “Jokowi” Widodo declined to approve the purchase. “Yes, that was yesterday (I’ve once said that), it would then be handled by others, soon. But ask the new KSAU for details,” he said.

The new KSAU, Marshall Hadi Tjahjanto, was recently appointed by President Jokowi on Wednesday, January 18, 2017, to replace the vacant position left by Marshall Agus Supriatna, who is entering his retirement.

When further asked upon the plans to purchase the AW101, the Defense Minister stated that the final decision to purchase the U.K. and Italian-made helicopter will be communicated with every related party.

Hadi only provided a brief answer when being asked about the purchase. “Oh that’s still being discussed,” he said.

The purchase of the AW101 has been in talks since 2015. The Air Force planned to purchase three units in 2016 and 2018. The helicopter would be used for transporting VIP guests, including the President and Vice President, as well as state guests.

The plan was finally scrapped after Jokowi considered it too expensive. Nonetheless, by the end of 2016, the air force planned to go forward with the purchase to be used for combat and rescue operations.