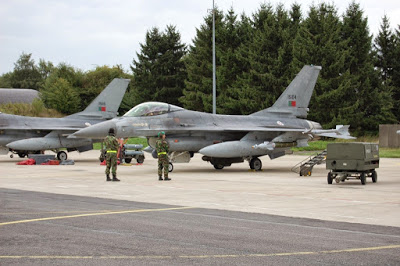 The co-operation would be focused in MRO of fighter aircraft (photo : passarodeferro)

Indonesia and Portugal are to explore opportunities for defence industrial collaboration, the Ministry of Defence (MoD) in Jakarta said on 9 February.

The MoD added that co-operation would be focused in areas of defence electronics, particularly communications systems, as well as military aerospace maintenance, repair, and overhaul activities.

Although not confirmed by the MoD it is likely that such collaboration would be channelled through Portuguese exports to Indonesia and associated technology transfers. The two countries have no history of defence trade collaboration.

The agreement was announced by the MoD following talks in Jakarta between Indonesia’s defence minister Ryamizard Ryacudu and Rui Fernando Sucena do Carmo, Portugal’s Indonesian ambassador.