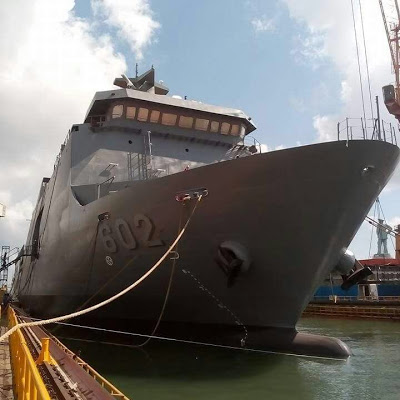 This was confirmed by Philippine Navy (PN) spokesperson Capt. Lued Lincuna in a interview with the Philippine News Agency.

“LD-602 is more than 95 percent complete. By March (she) will have a series of dock and sea trials to test her systems, machineries and equipment,” he added.

At the moment, PT PAL (Persero) shipbuilders in Surabaya, Indonesia are now installing navigational, deck and engineering equipment on the PN’s second SSV.