A glorious day in Wellington, New Zealand, provided the perfect backdrop for the RAF to show-off the Airbus A400M ‘Atlas’ to the Royal New Zealand Air Force as part of a prestigious partnership between the two nations.

The A400M, based at RAF Brize Norton in Oxfordshire is the newest aircraft in the RAF’s fleet. It boasts cutting edge technology, combined with sheer brute strength to make it a formidable strategic and tactical air lift platform. Able to deploy globally, it specialises in carrying over-sized loads and can transport a load of 25 tonnes over a range of 2,000 nautical miles. 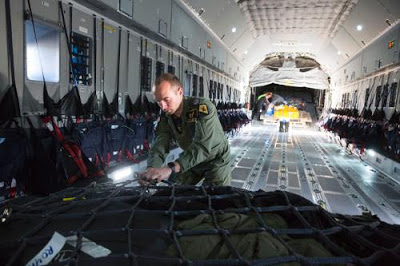 The A400M combines huge lifting power with agility, with manoeuvrability akin to a fast-jet rather than an Air Transport Aircraft. It is a phenomenally capable aircraft and able to fly at a staggering 170 degrees angle of bank.