Acquisition of Shore-Base Missile System is Still On 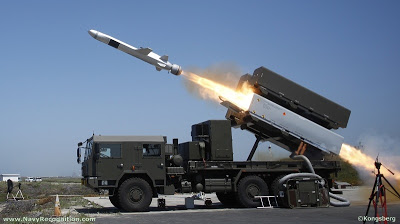 MANILA (PNA) — Acquisition of the country’s shore-base missile system (SBMS) is still on go but the Philippine Army (PA) will first prioritize the procurement of additional force protection equipment, sniper rifles and first-aid kits for its troopers.

This was disclosed by PA commander Lt. Gen. Glorioso Miranda in a recent interview

“(We are looking and evaluating the possible SBMS) design, however in the manner of how we implement it (acquisition), it has to conform, say for example with the requirement of the current operational environment, like now, we are prioritizing (the acquisition) of equipment for the welfare and benefit of our soldiers like force protection equipment, (ballistic) helmets to increase their survivability and we are also investing in training to make them more proficient (in combat),” he said in Filipino.

“The SBMS remains on the list but I don’t see that it is necessary for us to procure it in the meantime,” Miranda said.

Other needs of the troops being acquired right now are sniper rifles, first-aid kits.

Miranda said the PA would proceed on acquiring its big-time ticket items when the proper time comes.

In 2015, then Armed Forces of the Philippines chief-of-staff Gen. Hernando DCA Iriberri requested the Php 6.5- billion SBMS project to be moved to the AFP Modernization Program Second Horizon as the more pressing needs then was the acquisition of force protection equipment, sniper rifles and radioes.

The SBMS will be acquired to beef up the external defense capabilities of the PA and not aimed at any particular nation.

The SBMS consists of 12 launchers, trailers and tracking systems and missiles that could be fired to neutralize ground and naval targets.

And in its place, force protection equipment, squad designated rifles and modern radios.