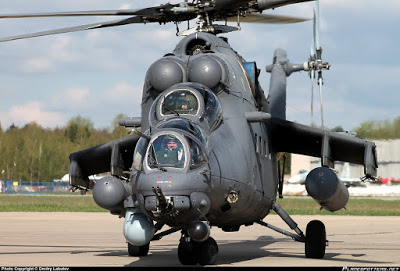 THE Philippines is set to acquire two helicopters—each worth between $12 million and $17 million—as its initial purchase under a Russian-Philippine military acquisition program.

An insider ad Foreign Affairs Department told the Manila Standard that the Philippines is looking to purchase either two of Mi17 or Mi24 to improve the country’s capability against possible internal and external threats.

“We are looking of purchasing two to four Mi17 or Mi24. This is in line with President Rodrigo Duterte’s focus is more on internal security than external,” the source, who asked for anonymity, told the Manila Standard.

Although the Philippines is still window shopping, the source admitted that the Israel government is also pushing for their drones.

The heavily armored Russian helicopters are designed to withstand any kind of weather and are said to be low maintenance.

The choppers are also said to have defensive capabilities against portable surface-to-air attacks.

The source said Russia may offer a huge discounts and extended payment schemes could be arranged.

“It’s all just feelers at the moment. There are no negotiations yet,” the source said.

Recently, Philippine Ambassador to Russia Carlos Sorreta said the Philippines is looking to buy military equipment and technology from Russia.

He said the officials of Federal Service for Military-technical Cooperation (FSMTC) briefed them on the different modes of financing on acquiring militaty equipment or technology.

The ambassador said Philippine defense officials have established the kind of equipment they need for internal defense and counterterrorism, and that they were now canvassing to see if the systems that Manila needs are available from Russia. 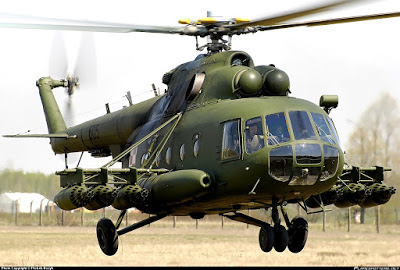 The Philippines has been unable to procure the weapons it wants “because some countries don’t believe we can use these high-tech systems properly or because of certain country-specific conditionalities,” he said.

The only country so far with the available military technology and the willingness to sell it is Russia.

“They trust that we will use these in accordance with international humanitarian law,” he said.

Aside from the military equipment and technology, Sorreta said, both countries have discussed possible cooperation on training; after-sales service and maintenance; transfer of technology; investment in domestic military production and servicing; and different modes of financing.

The talks with Russia developed after Duterte met with Russian Ambassador Khovaev in Davao City a few days after the May 9 elections.

Khovaev said he was impressed by Duterte during a “very productive” meeting where they discussed how to jump-start Philippine-Russian relations which officially started only in 1976.

The Russian envoy said there is much potential in the two country’s bilateral ties because “there were no disputes and no contradictions.”