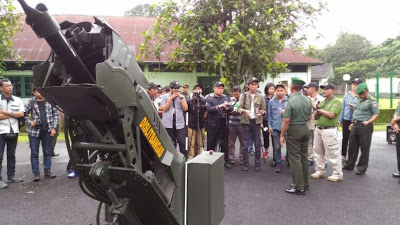 Bandung, W.Java (ANTARA News) – Research and Development Laboratory of the Indonesian Army is developing a Mechatronics 81 mm mortar that can be placed in tactical vehicles, such as Anoa Panzer.

“This is a collaboration with researchers from the Institute of Technology Surabaya,” Head of Laboratory, Lieutenant Colonel. Simon P. Kamlasi said here, Thursday.

The mechatronics 81mm mortar can be operated automatically with DC motor from the electrical system of the vehicle. 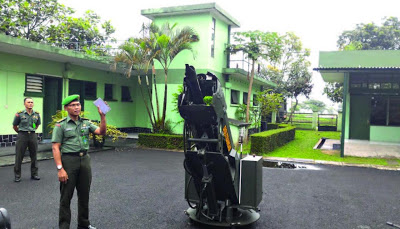 The elevation and traverse angles can be fully adjusted using an electric control from a control panel system based on a laptop.

Mechatronics 81mm mortar controller Software has been equipped with a ballistic computer system to measure distance and targets coordinates tailored to the types of projectiles and charges, resulting in accurate shooting.

Most of the control functions can even be operated from Android-based smartphones via WiFi connection so that shooting can be done remotely from outside the vehicle. 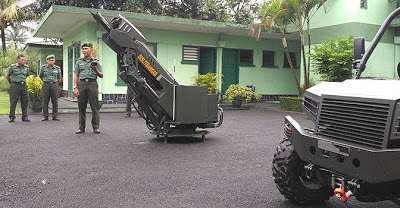 He mentioned, mechatronics 81 mm mortars which made in 2016 is still a prototype, and has not been mass-produced because it needs improvement.

“We expect by 2018 the mortar will have been certified by the Armys Research and Development Division and can be mass-produced, and directly installed in tactical vehicles, like Anoa Panzer,” he said.