Navy ASW Helis to be Armed with Spike NLOS Missiles 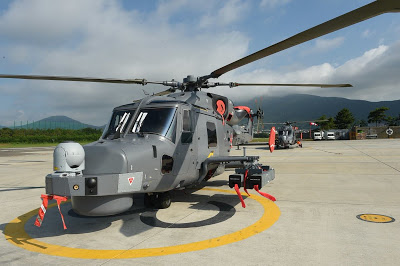 The said weapon manufactured by Israel’s Rafael Advanced Defense Systems Ltd. NLOS is short for “non-line of sight”. It was originally designed to destroy tanks.

PN spokesperson Capt. Lincuna said these helicopters are the AgustaWestland AW-159 “Wildcats” which are scheduled to be delivered by 2018.

It will be deployed aboard the two frigates the Philippines has ordered from South Korea worth PHP16 billion.

Lincuna said the PN will be using Spike NLOS as a anti-ship weapon due to its claimed range of 25 kilometers.

“The missile has a built-in camera that allows it to be operated day or night,” the PN spokesperson.

“The Spike NLOS weapon system can be operated in either direct attack or mid-course navigation based on target coordinates only. These modes enable defeat of long-range hidden targets, with pinpoint precision, damage assessment and the obtaining of real-time intelligence,” weapon manufacturer Rafael said in its website.

Lincuna said the missiles will complement the AW-159s’ detection and tracking equipment.

“The helicopters will be a full package, from detection, tracking, up to prosecution,” he said. (PNA)