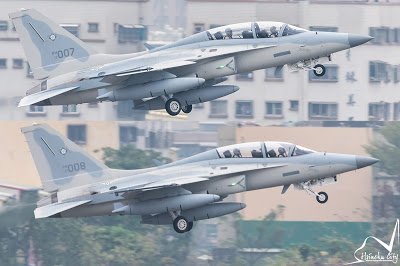 “The FA-50 is a multirole fighter variant of KAI’s T-50 Golden Eagle supersonic advanced jet trainer. It is capable of carrying short range air-to-air missiles, air-to-surface missiles with countermeasures such as chaffs and infrared flares,” PAF said. “With the arrival of the fourth batch of FA-50PH jets, the PAF now has eight jets in its inventory while the delivery of the rest of the jets will be completed within 2017.”