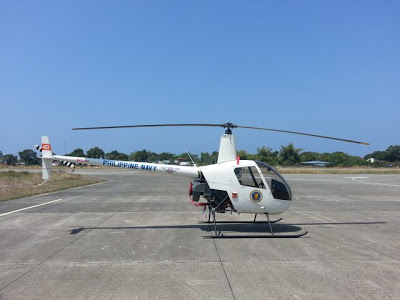 We received information from reliable community members / contributors that the Philippine Navy’s Naval Air Group (PN-NAG) already received its second Robinson R-22 training helicopter, which the service has been trying to acquire since 2014.

The Approved Budget for Contract (ABC) for the project was Php 19.5 million. If the project was completed via tender, we expect the contract price to be lower than the ABC. It is still unknown who won the contract, or if the Philippine Navy was able to acquire it directly from the manufacturer, Robinson Helicopters.

The helicopter, with tail number PNH-423, was reported as painted white as opposed to the earlier R-22 helicopter of the Philippine Navy which is painted with the old blue paint scheme of the the Naval Air Group, although MaxDefense expects that the older R-22 could also be sporting a different paint scheme by now since the NAG started changing the paint scheme of its assets, including the remaining BO-105 and N-22B Islanders, which were spotted as sporting a grey and black paint scheme very similar to those used by the newer AgustaWestland AW-109E Power naval helicopters.