Airbus to Enter Co-operation Discussions with Indonesia over A400M Contract 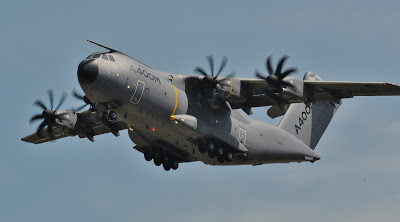 Airbus is entering discussions with Indonesia over possible industrial collaborations for an impending A400M contract. The deal, which aims to transfer aerospace expertise to Indonesian industries, will likely include a number of state-owned aerospace companies (photo : Elwyn R)

These discussions will also address, among other matters, “the number of aircraft to be encompassed in an eventual contract”, the company has told Jane’s .

Representing a consortium of Indonesian companies, including state-owned enterprises, Pelita Air Service signed a letter of intent with Airbus DS in late March 2017 to acquire an unspecified number of A400M airframes for the country. Jane’s understands that the aircraft will be acquired in the transport and utility configurations and will be operated across the TNI-AU’s Aviation Squadrons 31 and 32. The aircraft are expected to bolster the service’s military airlift capabilities.

In January 2017, Jane’s first reported – citing multiple sources from within the Indonesian government and defence industry – that Jakarta has approved a sum of USD2 billion for the acquisition of five A400M airframes. The funding was approved by the Indonesian House of Representatives’ commission on defence, intelligence, and foreign affairs (Komisi I), with the condition that the final three airframes undergo final fit-out at state-owned PT Dirgantara’s facilities in Bandung.

However, Airbus DS has not given any details on any Indonesian companies that are expected to play a part in the eventual contract, adding only that it has a long-standing industrial co-operation in the country.

According to technical specifications provided by Airbus DS, the A400M can accommodate a payload of up to 37 tonnes, with a volume of 340 m 3 , when configured for military airlift missions.