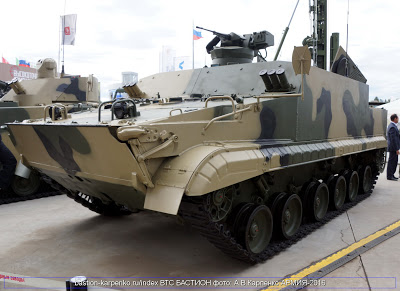 The Indonesian Marine Corps (Korps Marinir: KORMAR) is preparing a formal letter of request to withdraw from further acquisitions of the BTR-4 8×8 amphibious wheeled armoured personnel carriers (APCs), sources within the service has confirmed with Jane’s.

The letter will be submitted to the Indonesian Ministry of Defence, in accordance with the Indonesian House of Representatives procedures for the redistribution of defence spending allocations, so that the funds originally set aside for BTR-4s can be used to procure other APC types.

The house’s commission on defence, intelligence, and foreign affairs (Komisi I) had previously approved a sum of USD95 million under the country’s 2017 defence budget to replace the KORMAR’s ageing BTR-50PK APCs with BTR-4s. This was in addition to the initial batch of five BTR-4 APCs ordered by the Indonesian Ministry of Defence (MoD) from Ukraine’s defence industry holding group UkrOboronProm in February 2014. The vehicles were delivered in September 2016. 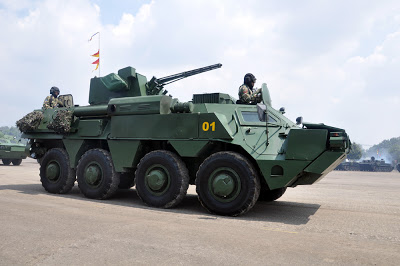 Since October that same year, the KORMAR’s 2nd Marine Group’s cavalry regiment has been conducting trials of the APC, including from its base at Cilandak, South Jakarta. Among issues that surfaced during the trials include claims from service personnel that the amphibious APC is trimmed excessively by the bow when operated at full speed in the water, KORMAR officials told Jane’s in late-2016.

Propelled by two water-jets that are positioned on either side under the platform’s hull rear, the BTR-4 can reach a top speed of 10 km/h in the water. The Indonesian vehicles have each been equipped with one ZTM-1 30 mm automatic cannon as a primary weapon, and one AGS-17 30 mm automatic grenade launcher.