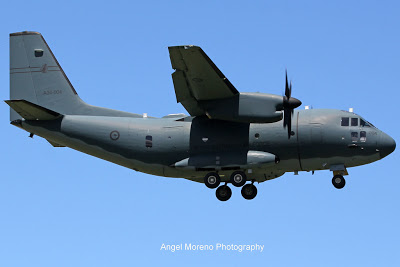 The RAAF has received its fifth C-27J Spartan battlefield airlifter at RAAF Base Richmond.

The aircraft, A34-004, arrived at Richmond on March 30 following a two-week ferry flight from Waco, Texas, via Europe, the Middle East and Asia.

A34-004 is the aircraft which sustained minor damage in a hard landing incident at Waco, Texas in May 2016 during a night training flight.

Ten C-27Js are on order for the RAAF, with the first aircraft arriving at Richmond in June 2015. The type achieved initial operating capability with 35 Squadron in mid-December.