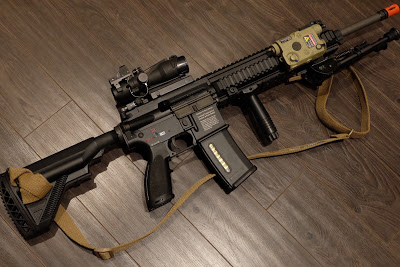 The 18-month contract is for the design, programming, production, and trial of a Rifle Accessory Control Unit (RACU), which will be fitted onto the M27 and M4 rifles, as well as the infantry assault weapons used by US marines.

The RACU will allow marines to control all electronic devices from one location without detracting their attention from the target in the field.

“This contract reflects the innovative technologies emerging from Australian defence industry being embedded into partner countries,” Pyne said. “We are seeing increased attention on what Australia has to offer.”

As part of the contract, up to four staff members — including two engineers — will be employed under the United States Foreign Comparative Testing (FCT) program.

The Australian government has been boosting its investment in Australia’s defence capability and innovation in the face of emerging attack methods. In March, for example, the federal government announced the launch of its AU$730 million “Next Generation” Technologies Fund, which Pyne said would help incubate “creative solutions” to protect the nation from new threats.

The federal government also announced in March that the Australian Signals Directorate (ASD) will be receiving AU$75 million critical infrastructure upgrades at two of its national security facilities in Canberra.

Funded under the Defence Integrated Investment Program, Minister for Defence Personnel Dan Tehan said the upgrades would help keep Australians safer by improving the efficiency and effectiveness of operations.