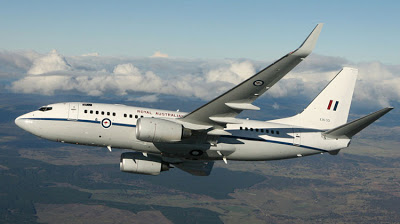 The 50,000 flying hour milestone was passed in March.

“That such a task coincided with the squadron surpassing 50,000 flying hours with the SPA fleet is exemplary of the flexibility and reliability that we have provided government.”

The aircraft, which are leased, first entered service in 2002. Based at Fairbairn Defence Establishment at Canberra Airport, they are used predominantly on government transport/VIP tasks.