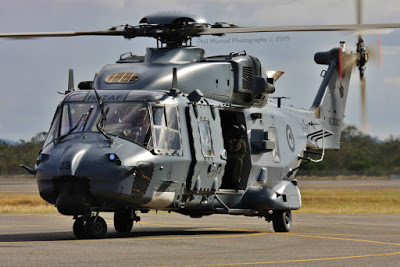 All eight of the Air Force’s NH90 helicopters have been all but grounded after a mid-air engine failure near Blenheim on Sunday.

The restriction comes after the left engine of an NH90 failed while flying over Cook Strait on Sunday, forcing it to make an emergency landing at a private aerodrome at Cloudy Bay.

The NH90 fleet is only around six years old, and is one of the most advanced tactical airlift helicopters in the world.

The restriction has forced EQC Minister Gerry Brownlee and Health Minister Jonathan Coleman to cancel their visit to Kaikoura tomorrow because the NH90 they planned to use is not allowed to fly over the Cook Strait.