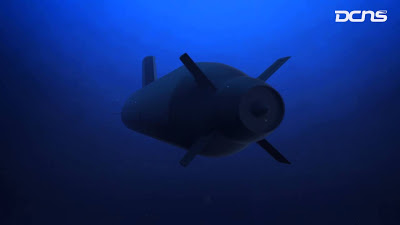 “Lockheed Martin has been conducting trade studies in a number of key areas of the submarine’s design,” he told Defense News. “We are examining all options and will deliver the results of those trade studies in June to the customer.”

Sonar is among the key systems, the company’s program team said.

Australia this time last year picked DCNS to build the future submarine after a tender which pitted the French company against Germany’s ThyssenKrupp Marine Systems, and Mitsubishi Heavy Industries and Kawasaki Heavy Industries, backed by Tokyo.

“The choice of sonar systems and arrays is in the hands of Lockheed Martin,” Marie-Pierre de Bailliencourt, general manager at DCNS, told Defense News.

Canberra in September selected Lockheed as combat system integrator, partnering with DCNS, which will design, build and service a fleet of 12 ocean-going diesel-electric boats. The program is worth AUS$50 billion ($38.1 billion) over some 35 years.

A survey of sonar and other systems marks a first step in a selection process that Thales hopes to win through its Australian subsidiary.

The French electronics company expects to secure more than €1 billion of deals, with €100 million per boat based on sonar systems, electronic warfare and periscopes. A towed sonar array is part of the kit.

Thales in November won a design and pre-production contract to modernize Australia’s six-strong fleet of Collins subs, with upgrades on cylindrical and flank arrays, and onboard processing. Winning that deal was seen as highly promising for work on the future boats.