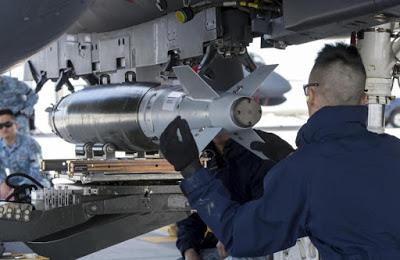 Singapore Air Force personnel loading a GBU-31 Joint Direct Attack Munition on an F-15SG during exercise Combat Hammer. This was the first time that a JDAM was launched by a Singaporean F-15SG. (USAF photo)

Combat Hammer is an exercise that evaluates weapons systems in their entirety— from the loading to the delivery of the munitions.

Preparation for the week-long exercise required the entire RSAF unit stationed here to come together.

“There are a lot of people involved in Combat Hammer,” said RSAF Capt. Chia Chi Yu, 428th FS weapons instructor. “From my maintenance crew prepping the bombs and loading them onto the jet, all the way to the pilot and the weapons system operators taking the weapons down to the range to actually deploy them.”

Participating in the exercise was a feat in its own, but the real significance lies in what the RSAF was able to do while using Hill’s range complexes.

“The highlight for this competition is our GBU 31, a 2,000-pound class [joint direct attack munition],” Chia said. “This is the first time we are deploying this munition in the RSAF with the F-15SG.” 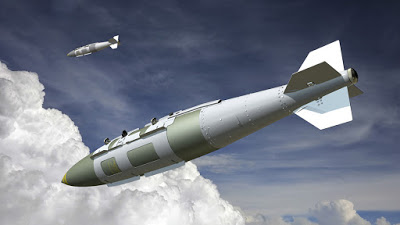 The GBU 31 is used for precision targeting on fixed objects, ranging from stationary vehicles to large building complexes.

Combat Hammer gave the RSAF an opportunity to test the mettle of its airmen and achieve the goal of success and ranking itself among the elite.

“Participating in this large scale exercise will allow the squadron to build confidence in this air-to-ground weapons employment, hone its operational competencies and sharpen the edge of the sword,” Koh said.

Implementing the new weapons system during Combat Hammer last week only scratched the surface of RSAF’s many partnerships which enhance the inter-operability between the two air forces.

“Having the opportunity to attend Combat Hammer and perform in such an environment just highlights the partnership between the USAF and RSAF,” said Lt. Col. Donald Sandberg, 428th Fighter Squadron commander. “When you take the lethality, competence and discipline for both air forces, and pair those together – it really shows that when the two air forces work together the partnership is unstoppable.”