Rear Admiral Mercado, Chief of Navy, Philippines, is getting a presentation about the A26 submarine (photo : Saab)

Sweden’s Saab is displaying a model of its A26 conventional submarine (SSK) fitted with vertical launch missile tubes at IMDEX Asia.

This version of the boat is designed to emphasise the modular capability of the submarine with the installation of a 10m section containing three launchers, each containing six missiles.

It is the first time that a conventional diesel-electric-powered submarine has been designed with the Tomahawk Land Attack Missile capability (TLAM). Existing boats that have TLAM – the US Navy and UK Royal Navy submarines – are all nuclear-powered (SSN). 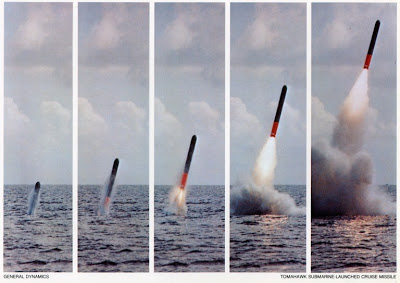 The only other land attack capability that is fitted to conventional submarines has had to be through missiles fired through the torpedo tubes.

It is no small feat to install a vertical launch land attack capability onto an SSK, but the modular design means that a 10m section can be relatively easily installed. The modular section could also instead contain more batteries or AIP depending on the customer requirements.

Saab has received interest from customers that want a land attack capability in a smaller conventional submarine, but would not disclose what countries. 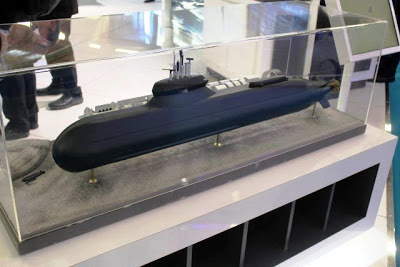 Naturally, the country would have to be a close US ally due to the restrictions in the sale of cruise missiles. Most countries that could procure an A26 of this type either would not be allowed to buy TLAM or have already selected other submarine designs for their subsurface capability.

Poland, however, is one country that may fit the bill as it is still looking for a submarine capability has close relations with Sweden, and is also a close ally of the US being a part of NATO.

As a part of a wider naval expansion programme Poland wants to acquire three submarines from 2023 and Saab is bidding alongside European rivals, DCNS and TKMS.