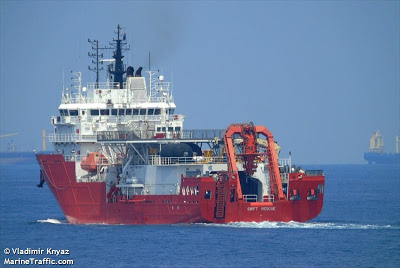 The Republic of Singapore Navy (RSN) has set aside SGD10 million (USD7.1 million) towards upgrades of its submarine rescue ship and its related sub-systems.

The matter was revealed by the RSN chief, Rear Admiral Lai Chung Han during his presentation at the International Maritime Security Conference, which was held in conjunction with the IMDEX 2017 maritime defence exhibition at the Changi Exhibition Centre on 16 May.

The admiral has, however, not given further details on the planned upgrades, saying only that these will result in “better submarine rescue capabilities” for the RSN. The upgrades will take place over the next two years, he added.

The RSN has been operating a 4,300-tonne helicopter-capable ship, MV Swift Rescue, jointly with a commercial operator since April 2009. The 83 m vessel is equipped with a 9.6 m, 25-tonne submarine rescue vehicle (SRV) known as the Deep Search and Rescue-6 (DSAR-6), and a remotely operated vehicle (ROV) equipped with manipulator arms.

Swift Rescue is currently the only ship in Southeast Asia that is capable of mating and conducting collective rescue and transfer of distressed submariners while under pressure. The platform is equipped with a recompression chamber that can rehabilitate up to 40 rescued submariners, in four separate compartments, at any one point of time.