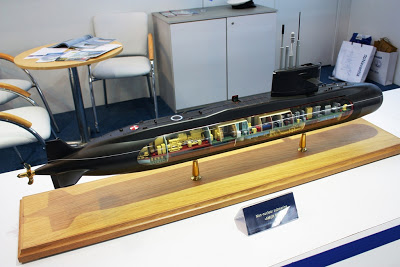 MANILA — The Philippines is planning to acquire weapons, including advanced diesel-electric submarines from Russia

This was disclosed by Department of National Defense (DND) Secretary Delfin Lorenzana in an interview on PNA Exclusive in Moscow, Russia around 2 p.m. Tuesday (7 p.m., Manila time).

“Yes, we have plans to purchase weapons from them. They have also very sophisticated and advanced weaponry. We will look into them, we have not decided what equipment but off the bat, we are looking, we would like to develop our submarine force so we will look into their submarines one of these days,” he added.

Lorenzana was with President Rodrigo Duterte on his official trip to Russia which was cut short by the ongoing clash between government forces and Maute Group terrorists in Marawi City, Lanao Del Sur.

“If we can buy submarines or if they are affordable for us, or if the Philippine Navy would be willing to go there because we will give it to the Navy to decide what kind of submarine they would like to purchase. That is one of the plans that the PN (wants) is to develop some submarine capabilities,” the DND chief pointed out.

And when asked on where these vessels will be based, Lorenzana said that they are looking into that detail.

“We will look into that. We don’t have any submarine base yet in the Philippines but if we will purchase already then we have to develop a submarine base to keep those submarines safe,” Lorenzana pointed out.

Another Russian-made weapon being looked by the Philippines is sniper rifles and precision-guided munitions which can be used for the country’s brand-new FA-50 “Fighting Eagle” jet aircraft and AW-109 attack helicopters.

“So one of the things that we are considering is the sniper rifles of the Russians, they have very good sniper rifles. They also have very good precision-guided munition that we can use with our FA-50s, and our attack helicopters. Those are the items. But we have to see more because sometime this year, there will be this defense exhibition that they are going to hold here and we will send some people to look into it,” the DND chief added.