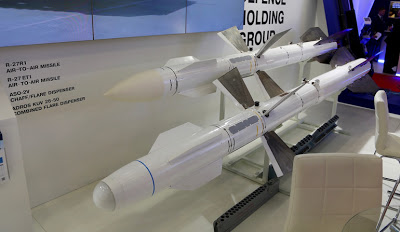 The all-purpose maritime battalion of Indonesian marines have officially begun to use a test batch of BTR-4M armored personnel carriers produced at Ukraine’s Kharkiv-based Morozov Machine Building Design Bureau. The contract was signed in February 2014 between the state-run SpetsTechnoExport Concern, which is part of Ukrainian state-run Ukroboronprom, and Indonesia’s Defense Ministry.

Ukroboronprom’s press service on Thursday cited SpetsTechnoExport CEO Pavlo Barbul as saying the first five BTR-4 vehicles have completed testing and have been transferred to Indonesia’s military for use.

“The procedure for transferring Ukrainian BTRs to Indonesia’s military has taken place. Since the start of May, Indonesia marines have been using them,” Barbul said.

As earlier reported, the contract to produce and send a test batch of five BTR-4Ms was signed in February 2014. The contract provides the option for further supplies of 50 vehicles. The first batch was offloaded in Indonesia in 2016.

The success of the Indonesia contract comes within the framework of increased capacity of Ukraine’s military industrial complex after supplying BTR-4s to Ukraine’s armed forces.

Indonesia is one of Ukraine’s best potential partners in the Asian Pacific region. Ukrainian tank and armored vehicles, as well as aviation equipment, have been provided to Indonesia on a bilateral basis, as well as repair and modernization services.

Kyiv and Jakarta have stepped up talks about increased military cooperation. Indonesia today is interested in the creation of a joint enterprise for the production of guided air-to-air missiles, Ukrainian radar systems and Ukrainian military cargo planes.