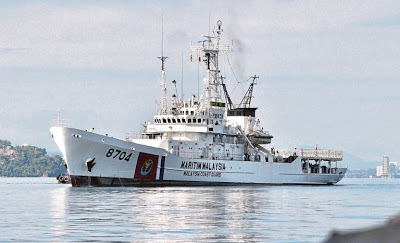 The 28-year-old ship, Ori, renamed to KM Arau, is equipped with a helipad, radar, and communication systems, among other security devices.

In welcoming its arrival, Labuan and Sabah MMEA director First Admiral Mohd Zubil Mat Som said the ship would be used for enforcement and search and rescue operation.

“This is another gift from Japan, making it the largest MMEA vessel in Sabah and the second in the country after KM Pekan.

“I am happy to note that since the establishment of MMEA, our cooperation with the JCG remain strong and they have been supporting us in matters related to maritime security,” he told reporters after touring the ship. 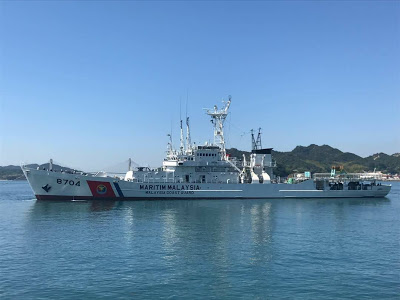 The ship, with 25 MMEA crew led by Captain Saiful Lizan Ibrahim and 13 Japanese crew, began sailing from Inoshima, Japan on May 31.

The ship passed through Okinawa, Taiwan, Hong Kong and the Philippines before arriving at the Sepanggar naval base about 9.30am today.

Prior to this, MMEA officers and personnel had underwent a two-week familiarisation training in Japan.

Mohd Zubil said the 993 tonnes and 87-metre long KM Arau would dock at the navy base for two days before leaving for Port Klang on Friday for the official launching ceremony.

He added that Raja of Perlis, Tuanku Syed Sirajuddin Putra Jamalullail is expected to launch the ship, which is named after the capital of Perlis.