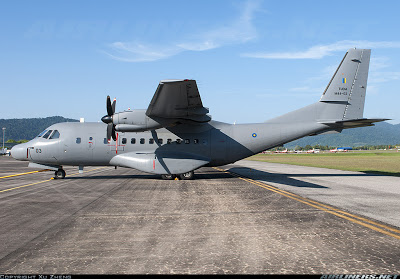 As the global aerospace industry descends on Paris for the biennial aviation spectacle, the chief of the Royal Malaysian Air Force (RMAF) has revealed the contents of his shopping list.

In a written reply to Shephard, the RMAF Chief stated that these acquisitions would nevertheless be subject to the availability of funding allocations by the Malaysian government.

On the MPA requirement, Gen Affendi stated: ‘The RMAF is considering a few options to enhance the maritime patrol capabilities which is presently being undertaken by the Beechcraft B200T aircraft. Due to the age factor (23 years) and limited number and capabilities, more capable and fully-fledged MPA platforms (ASW and AsuW) with ISR and SAR capabilities are being evaluated to replace the B200T aircraft.’

As an interim measure, the RMAF is considering modifying and integrating some of its CN235 medium transport aircraft with the AMASCOS surveillance system from the B200T.

‘The procurement of [an] MPA is highly desirable to meet the ever-increasing surveillance and patrol requirement in the Malaysian Territorial Waters and EEZ but will still be largely dependent on the availability of funding from the government.’

Gen Affendi also said that in regard to the RMAF’s focus under the 11th Malaysia Plan of 2016-2020, and based on the budget allocated under the plan, the RMAF is focused on completing the existing procurement of A400M aircraft and its infrastructure, the final phase of EC725 helicopters infrastructure as well as the Sukhoi Service Technical Centre (located at RMAF Gong Kedak). 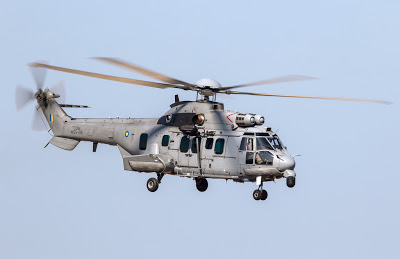 ‘All these upgrade programmes are meant to optimise the asset’s capabilities besides meeting the present Air Traffic Management (ATM) requirement,’ he stated.

In regards to the Nuri upgrade programme (being carried out by Airod and Heli-One), the proof of concept helicopter (M23-37) was now on the final stage of issuance of the Supplementary Type certificate (STC) and Certificate of Airworthiness (COA) and this was expected to be done imminently.

On the C-130H upgrade programme, the RMAF Chief said the service forecast that the first phase of the programme would start by the end of this year.

The Hawk upgrade programme was in the negotiation process, he stated, again not specifying the companies involved, although it is known that Airod and BAE Systems (as the OEM) will be doing the upgrade work.

Turning to the MRCA programme, Gen Affendi said with the service’s MiG-29 fleet passing the 20-year mark, they were starting to see ‘an increase in capability gap’.

‘Advancements in technologies especially the sensor fusion and weaponry is forcing RMAF to consider the available options for future operations of the MiG-29. The RMAF have proposed certain measures deemed fit and we are still awaiting the direction from Malaysian government.’

‘The introduction and integration of this capability with the present and future RMAF assets are very much in the planning process. Nevertheless, the RMAF will continue to monitor and evaluate the development of the UAV platforms to provide better insight in identifying the most suitable platform for future operation.’