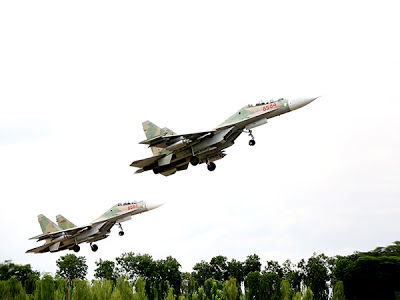 This practice of flying, bombing, and ammunition training is aimed at evaluating the combat training and combat readiness of the 371th Air Force during the past year. It contributes to improving the quality of the coordination of commanding synergies between units, enhancing the practice for pilots involved in firing, throwing ground targets.

Speaking to mobilize the troops at the conference to assign firefighting, bombing, bullets, Comrade Commander request through this shot, throw, 371 Division should promote the results achieved, Experienced the limited aspects, while paying more attention to study, research to improve professional qualifications as well as the training, physical training, making the soldiers have enough brains, health , The ability to master new equipment, ready to receive and complete all assigned tasks, contributing to firmly protect the sky of the country. 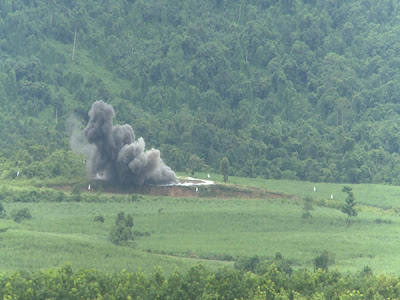 The 371th Flying Squadron, the bombing and live fire of the 371th Division was successful, achieving high results and ensuring absolute safety. Results: 100% achieved quite, excellent and excellent. The results of the firing and firing have contributed to improving the combat capability of the pilots, flight crews as well as flying skills, the ability to assure flight operations, Battles of units of the 371th Division in particular and the PK-KQ Army in general.