Elbit Systems to Bag Contract for Upgrade of 40 PH M113A2 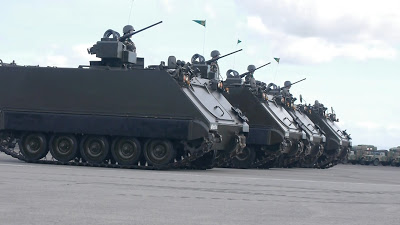 40 M113A2s to be upgraded are part of 114 APCs donated by United States through its Excess Defense Article (EDA) program. These APCs were delivered in 2015.

Elbit, according to MaxDefense, will be contracted to convert the 40 APCs into platforms armed with a 12.7mm machine guns in Remote Controlled Weapons Stations (RCWS) and Armored Mortar Carriers armed with a Soltam Cardom 120mm mortar.

According to MaxDefense, budget for the mentioned upgrades will be sourced from Revised Armed Force of the Philippines Modernization Program (RA 1034), First Horizon-second list.