Vietnam is Upgrading Some T-54B Tanks In the story about the “workers at work” at Z153 (General Department of Engineering), the Vietnam Defense Channel has been allowed to post some images inside the workshop to upgrade and modernize the T-54B tank.

The QPVN channel report also said that the Z153 plant was upgrading some of the first T-54B tanks.

Prior to that, it was reported that Vietnam had completed the T-54B tank improvement program. Most likely, we have chosen the best option after a series of upgraded testing options.

The upgrade of T-54B tanks involved a number of foreign experts. In the picture, two foreign experts standing next to the T-54B turret were redone for the addition of reinforced armor. It is likely that this improvement scheme will apply to the T-54M3 that has appeared and caused some stir several years ago. 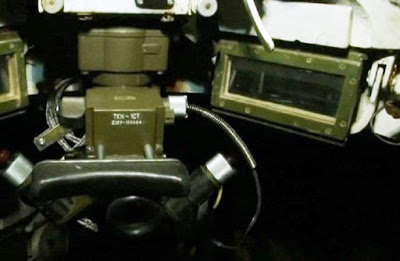 This T-54M3 was upgraded with an armor-piercing, armor-plated turret, replacing the D-10T2S 100mm gun with a 105mm tapered cannon, adding a 60mm mortise, replacing the turret. Mechanical as well as equipped with sophisticated fire control system. 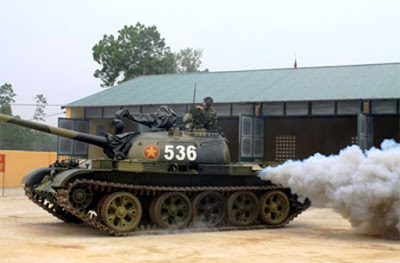 It is possible that the upgraded T-54 being produced by the Z153 plant will use many of the important components produced locally in Vietnam. For example, the advanced fire control system. Especially the night vision surveillance equipment – the Z199 has researched and successfully tested the next-generation night vision gear for T-54B tanks.

In the photo is the night vision gear TKN-1CT for the head of the T-55 by Enterprise 23 improved. 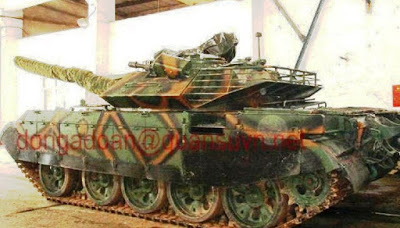 The night vision equipment of the Enterprise 23 is considered to be superior to the foreign model, for example: Independent operation without power supply or infrared headlights; Using a 1.5V rechargeable battery can use the car’s power to recharge the battery or maintain the operation of the steering wheel more easily than the older power supply; Fixed a slower image retention; Using the 2+ generation photocopier, better picture quality is achieved and upgrades can be made as needed; Both people with myopia can also use night vision gear on T-54/55 tanks.