RAAF Heron will be Retired 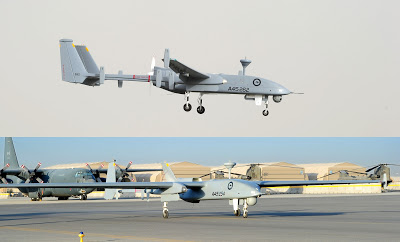 End of an Era, as Our Heron Departs

Air Force has marked the end of an era with a decision to withdraw the Heron remotely piloted aircraft from service.

The Heron flew its last mission from RAAF Base Tindal during Exercise Diamond Storm on June 23.

No. 5 Flight is set to be disbanded at the end of the year. The aircraft has played a pivotal role in Air Force’s ability to deliver air-land integration effects in support of our national security interests including in Afghanistan, where it completed more than 27,000 mission hours during Operation Slipper.

CO 5FLT WGCDR Lee Read said it was immensely satisfying to end with such a successful involvement in Exercise Diamond Storm.

“I want to congratulate the 5FLT team, including our technical workforce from the contractor MDA and our embeds from No. 87 Squadron, JEWOSU and No. 1 Combat Communications Squadron, who all worked together to ensure that 5FLT and Heron closed for business on a high.” 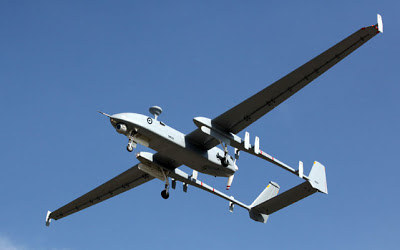 After its last operational mission from Kandahar Airfield in Afghanistan on November 30, 2014, Heron then made history by flying in civilian airspace for the first time out of Rockhampton airport during Exercise Talisman Sabre 2015. This led to the commencement of operations from its home base at RAAF Base Amberley in 2016.

From January 2010 to November 2014, 5FLT, operating as Task Unit 633.2.7, provided ISREW support to Australian forces and International Security Assistance Force partners in southern Afghanistan. About 500 personnel who were deployed as part of the task unit were recognised.

Air Force has regularly operated the Heron aircraft in restricted military air space from RAAF Base Woomera. The Woomera community has always welcomed 5FLT; this year the hospitality moved to the cricket pitch, where locals and Air Force members challenged each other to two matches.

There was definitely a lot of sadness from the team watching the Heron taxi in for the final time at both Woomera and Tindal.