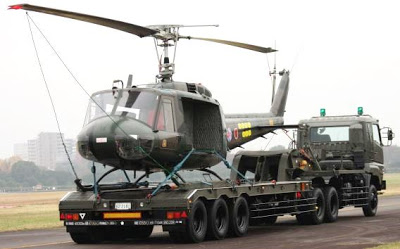 The Japanese military will be providing the Philippine Air Force (PAF) with thousands of helicopter spare parts. “This is a demonstration of the robust strategic partnership and cooperation of the two allies,” a PAF senior officer as, as quoted by Reuters in an exclusive report dated August 10.

Department of National Defense (DND) Secretary Delfin Lorenzana on the sidelines of the transfer ceremony for the two Beechcraft King Air TC-90 aircraft from Japan to Philippine Navy said DND has already started discussions with Japan Ministry of Defense’s Acquisition, Technology and Logistics Agency (ATLA) regarding the possible transfer of UH-1H helicopter spare parts to the PAF.

These spare parts, if transferred, will extend the service life of UH-1Hs currently in PAF service. PAF is known to operate 40 to 60 units Huey helicopters.