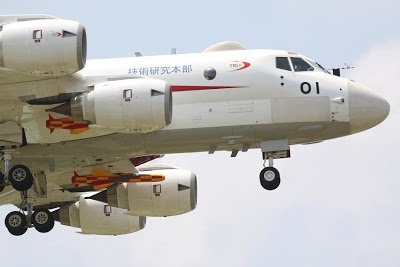 The Defence Force has shot down a Japanese report that Japan and United States company Boeing are already in a “one-on-one fight” to supply maritime patrol aircraft worth more than $1 billion to the Royal New Zealand Air Force.

The Government confirmed in November that it planned to replace its fleet of six Orion maritime patrol aircraft, five Hercules transporters and two Boeing 757s within about the next 10 years.

The Nikkei Asian Review reported New Zealand would make a decision on replacement aircraft as “early as this [northern] summer”.

Representatives from the Japanese Defence Ministry and Kawasaki Heavy Industries visited Wellington last week to negotiate the sale of Kawasaki’s P-1 patrol aircraft and C-2 transporters in what would be Japan’s biggest-ever arms export deal, it said.

But a Defence Force spokesman said it had not received such a visit and it was “not involved in any negotiations with the Japanese Government or Kawasaki Heavy Industries”. He also indicated there would be no decision on replacement aircraft this year.

“A large number of possible suppliers from several countries have responded to the initial requests for information (RFI) issued last year, and the Defence Ministry expects to get a decision from the Government on preferred options and call for tenders in mid-2018,” he said.

The Japanese report quoted an unnamed Japanese defence official as commenting the contract to replace the Orions would be a straight competition between Kawasaki and Boeing, which is pitching its P-8 patrol aircraft.

But it said several other companies, including Europe’s Airbus, were competing for the transporter contract.

Kawasaki may be best known in New Zealand for making motorbikes, but its P-1 aircraft – which have cost about US$140 million (NZ$200m) – are designed to hunt submarines and surface vessels.

Buying both the patrol aircraft and the transporters from Kawasaki could save money as they shared some parts, but could still cost “billions of dollars” once maintenance was included, the Japanese report said.

The Japanese government would negotiate a treaty to share defence technology with New Zealand and Kawasaki would consider jointly producing some parts of the planes here, it said.

Both Kawasaki’s four-engine P-1s and Boeing’s P-8 patrol aircraft can be armed with bombs, torpedos, mines and air-to-surface missiles, such as the US-made Harpoon missile.