Thailand Aims to Operate Fleet of Three Submarines by 2026 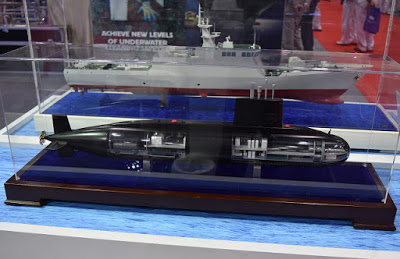 The Royal Thai Navy (RTN) has outlined a requirement to operationalise its planned fleet of three submarines by 2026, and is currently in the process of submitting this proposal to the country’s military government.

The matter was disclosed by Captain Prawoot Rodmanee, chief of the RTN’s submarine squadron, during his presentation at UDT Asia 2017 in Singapore on 17 January. The captain was giving a brief on the RTN’s plans for the future, including updates to the service’s plans to establish a submarine fleet.

Thailand is largely believed to be acquiring the S26T (Thailand) diesel-electric submarine (SSK), a modified export version of the Yuan-class (Type 041) platform from China.