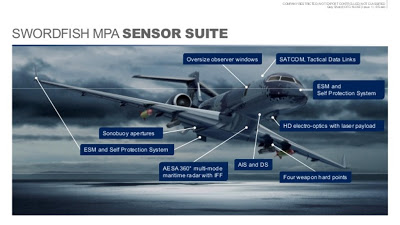 Wellington has yet to fully detail its plans for replacing its P-3Cs, but several companies are apparently interested in the opportunity, including Kawasaki with its P-1 platform and Boeing with its P-8 Poseidon.

The jet would be able to perform routine peacetime duties, but in wartime it would be capable of detecting and prosecuting both surface and submerged targets.

Hjelmber says the aircraft also has long range, capable of loitering for seven hours 1,000nm from base. He also says Saab has held discussions with Southeast Asian countries for potential MPA acquisitions.

He contends that the Saab solution would also be more cost effective than rivals.

“We’re willing to share technology and work with local industry,” he adds. “We’re extremely willing to provide technology transfer, and allow clients to perform tasks such as adding sensors and weapons in country.”