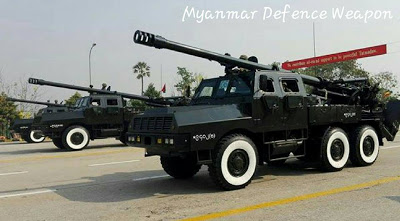 The National League for Democracy-led government’s first crack at formulating an annual Union budget has proposed only a modest increase in defence spending, with the lion’s share earmarked for the Ministry of Planning and Finance.

Submitted to parliament yesterday, the K20.896 trillion budget for the 2017-18 fiscal year awards a 13.95 percent chunk to the Ministry of Defence. The slice represents a small boost over last year when the ministry received a 13.4pc share of the K23.62 trillion budget. The ministry had request K3.9 trillion this year.

The 2016-17 budget saw the Ministry of Defence placed as the second-highest spending government entity.

While the budget was anticipated to oversee much larger appropriations for health and education, the allocated amount barely diverged from last year’s receipt crafted by the outgoing Union Solidarity and Development Party.

The Ministry of Education is in line for K1.764 trillion, compared to last year’s K1.5 trillion, and will make up 8.44pc of the total spending. However, UNESCO recommends countries aim for 20pc of the budget being dedicated to education.

The Ministry of Health and Sports has been given a K1.077 trillion helping, up from the K830 billion portioned out to the ministry last year.

The Ministry of Agriculture, Livestock and Irrigation will receive K1.246 trillion.

Union Minister for Planning and Finance U Kyaw Win told the parliament revenue estimates come in at around K16.768 trillion, with total expenditure put at K20.896 trillion for a budget deficit of K4.128 trillion. With GDP calculated at K91.319 trillion, he said the fiscal deficit to GDP ratio will be 4.52pc.

A further breakdown on expenditures will be issued to the parliament by respective ministries in the coming days.