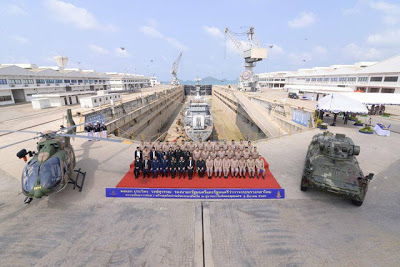 Deputy Minister and Minister of Defense inspected the Royal Thai Navy maintenance and overhaul facilities at Mahidol dockyard in Sattahip and signal the go-ahead of the defense industry development.

RTN show case its MRO and R&Dncapabilities on ships, aircrafts, weapon systems, and military vehicle as well as stated its readiness to maintain the Chinese-made S26T submarine to be procured in near future by building the submarine maintenance depot at the 40.78 Rai land plot near the current dry dock. RTN also demonstrated the indigenous sea plane in both monoplane and biplane configuration. The monoplane version undergoes 200 hours of flight test and prepare to be evaluate by The Civil Aviation Authority of Thailand as well as its Fixed-wing Unmanned aerial vehicle with Vertical takeoff and landing Enabled Capability or FUVEC in which the RTN joining with DTI and Top Engineering Co., Ltd. to develop. 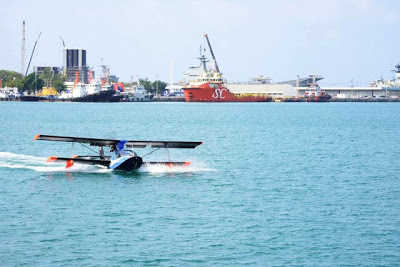 RTN currently working with various entities such as DTI in research and development activities, including the magnet submarine, unmanned surface vehicle, guided multi-launched rocket system for air and coastal defense mission, and armored personal carrier for the marine operation.

“I assigned the deputy minister of defense to oversee the integration of weapon procurement of all service branches in the next 20 years. We also need to look at how we can set up in Thailand the maintenance and repair shop of weapon system of some countries. Let’s say we buy VT-4 tank from China so we should have the maintenance facility of our own.” Defense minister said.