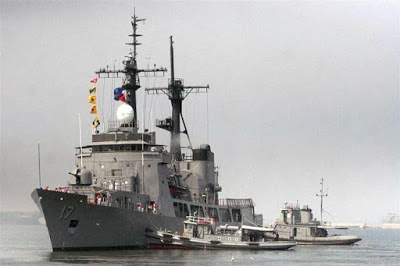 The third Hamilton cutter (now the Gregorio Del Pilar class frigate in PN service) was delivered and commissioned last December with her first and second sisters being activated on December 2011, and November 2013, respectively.

The other three ships carrying these armaments are the three Jacinto-class patrol vessels (formerly the Peacock-class of the United Kingdom acquired in Aug. 1, 1997).

Naval experts said the Oto Melara was one of the best weapon systems in service with the PN today.

The Oto Melara 76 mm gun of the above-mentioned vessels are all mounted in a turret forward of the bridge. 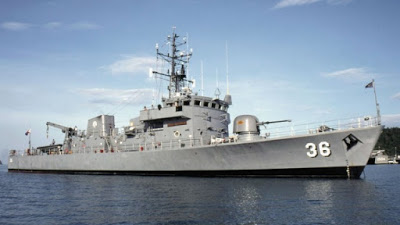 It is remotely controlled from within the combat information center by the gunnery officer and has no crew within the turret itself.

The gun in Philippine service can fire 80 rounds in 60 seconds from its ready magazine, and the ships can carry a total of 450 rounds.

Specialized ammunition is available for armor piercing, incendiary and directed fragmentation effects and there is also a new guided round that is supposed to be able to destroy maneuvering anti-ship missiles.

Another advantage of this weapon is that it is light and compact enough to be installed in warship weighing 750 gross tons or even less, the configuration of most naval vessels in the PN.

The 76 mm gun is a naval artillery piece built by the Italian defense conglomerate Otobreda.

It is based on the Oto Melara 76mm/L62 Allargato which is bigger and heavier.