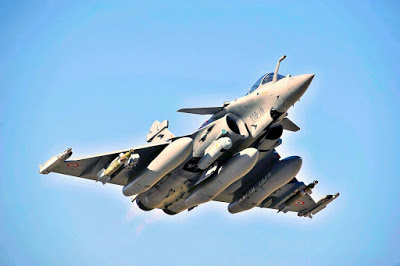 Rafale appears in the lead as Malaysia seeks new fighter jets – defence source
France’s Rafale fighter jet is emerging as the frontrunner as Malaysia looks to replace its aging fleet of combat aircraft, a source in the Southeast Asian nation’s defence ministry said on Wednesday, despite narrowing its defence spending this year.

French President Francois Hollande was expected to make a pitch for the Rafale, made by Dassault Aviation SA, when he and his team visit Malaysia next week, the source said.

“The ministry’s top leadership have been promoting the Rafale,” said the source, who was not authorised to speak to media on the negotiations.

“It’s been done in promotional material for LIMA, and even at top government meetings,” the source said, referring to this week’s biennial Langkawi International Maritime and Aerospace Exhibition.

Malaysia was looking to buy up to 18 jets in a deal potentially worth more than $2 billion, the source said.

Defence Minister Hishammuddin Hussein was reported in media as saying that the race for new fighter jets has narrowed down to the Rafale and the Eurofighter Typhoon, built by BAE Systems.

The plan is to replace the Royal Malaysian Air Force’s (RMAF) squadron of Russian MiG-29 combat planes, nearly half of which are grounded.

Dassault, which declined comment when approached, has kept a low profile in the race. BAE has been on a consistent and public campaign over the past six years to win the Malaysia contract, even establishing a regional office in the capital, Kuala Lumpur.

Steve Osborne, BAE’s sales director for military air and information for the Asia Pacific region, said the Typhoon had a good chance of landing the deal as the company already supplied defence equipment to Malaysia.

“We believe this gives the government of Malaysia the confidence in us that they may go with us…,” said Osborne.

An industry and a government source with knowledge of the negotiations said any decision would take at least two more years, as Prime Minister Najib Razak is focused on more domestic concerns in the run up to national polls that must be held by 2018.


Besides Dassault and BAE, other suitors courting Malaysia are Russia’s Sukhoi and Sweden’s SAAB, which is selling its single engine Gripen. (Reuters) 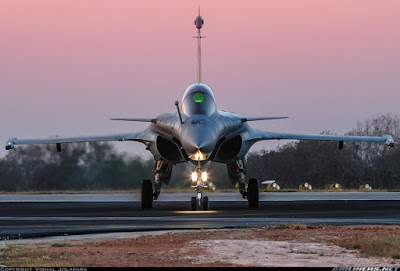 Dassault : Rafale to serve your needs for 40 years

KUALA LUMPUR: With the Royal Malaysian Air Force’s multi-role combat aircraft (MRCA) replacement programme seemingly back on track, Rafale International believes its jet is well-placed to be the best bet for Malaysia.

With fighter aircraft undoubtedly being the most strategic weapon of any air force today, it said, both in terms of combat effectiveness and critical technologies, the Rafale is the right answer to conduct modern warfare safely and efficiently, thanks to its multi-role capabilities.

The consortium said there were three “must haves” of a true multi-role fighter aircraft a design, which is, from the onset, for carrying out all types of missions successfully, a cutting-edge mission system with the best sensors, and the sheer power of data fusion and an outstanding store carriage capability.

It said the Rafale is a twin-engine multi-role fighter aircraft that can carry out a wide range of missions, such as air policing and defensive counter air, air-to-ground precision attack, air-to-sea strike, nuclear deterrence, and air reconnaissance without having multiple fighter aircraft in an operation.

“This enables multiple missions to be carried in one sortie. Designed to be the sole combat aircraft in the French Air Force and Navy, being operated by the French armed forces in combat operations for more than a decade now, Rafale has proven its operational excellence in various theatres around the world.

“Having just one type of combat aircraft that fulfills multiple roles translates to highly efficient squadron maintenance and operations.”

Rafale International said the second “must have” has been fulfilled in the Rafale with its technologically-advanced sensors: active electronically scanned array radar, electronic warfare integrated self-protection system, front sector optronic system and datalink.

“The data fusion of information presents a unique tactical picture to the crew, increasing situation awareness and reducing pilot workload,” it said.

The Rafale, the consortium said, was able to take off at 2.5 times its empty weight, fulfilling the third “must have”.

“(It is capable of carrying) a large variety of mixed loads, offering the ability to conduct several types of missions in the same sortie. This allows flexibility in mission planning and execution.

“Its modular architecture ensures that the Rafale is ready for a wide spectrum of evolutions linked to future requirements, to increase its capacities in tomorrow’s integrated battlespace. With continuous upgrades, the Rafale is guaranteed to be operational for the next 40 years and beyond and is fully adaptable to any future needs.”

Rafale International believes recent successes in the sale of Rafale aircraft to India, Qatar and Egypt has proven that the Rafale is a worthy option for the world’s air forces, including RMAF.

“These further successes of the Rafale confirm the technological know-how and competencies of Dassault Aviation’s employees and of its 500 industrial partners. The contracts also illustrate the strategic relationship and the exemplary partnership maintained between France/Dassault Aviation and these countries and marks the natural culmination of the relationship of trust.

“The Rafale is combat-proven and is engaged in six theatres of operation, which demonstrates unstinting efficiency in protecting nations,” it said.

Should the Malaysian government procure the Rafale for RMAF, there will be benefits for local defence and aerospace industry players.

“The Rafale is produced by three aerospace leaders: Dassault Aviation, Safran and Thales. These companies are (already) collaborating with Malaysian partners, among which are local aerospace industry players that are, or will become, part of Rafale OEM’s Global Supply Chain, organisations and institutions involved in education, research and high technology development.

“We are committed to Malaysia and will continue to collaborate with local partners to develop, in particular, talents and skills of technology and entrepreneurship, in line with the (government’s) Economic Transformation Programme goals,” said the consortium.
See full article (NST)