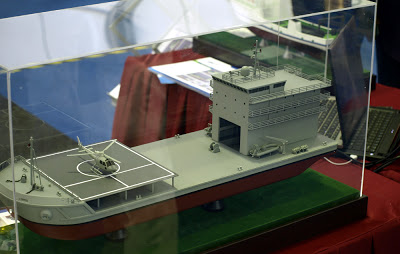 During LIMA 2017 in Malaysia, the Marine Technology Company (MTC) has presented the MOBS (Mobile Offshore Base Station) in two proposed variants – with engine (SPB, Self-Propelled Barge) and without (tugged by another unit, known as 8PMB, 8-Point Mooring Barge). MTC is a consortium of several companies, established in 2009 as MTC Engineering Sd. Bhd. (MTCE). 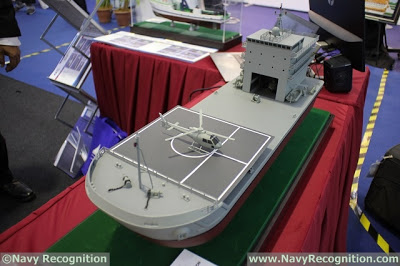 MOBS is intended for military purposes as a sea-base. Its project assumes that MOBS would be built from steel – the main hull is to be divided into several compartments (galley, mess room, recreation room, prayer room, and control room). Accommodation area is intended to be placed on a main deck (up to 40 personnel). Its maximum length is 62 metres (SPB) or 44.80 metres (8PMB). Capacity of its fuel tank is 2000 m3 and of fresh water is 200 m3. This barge would accommodate one helicopter on a deck (without a hangar) and one interception/patrol craft (small craft ramp is planned at the aft). 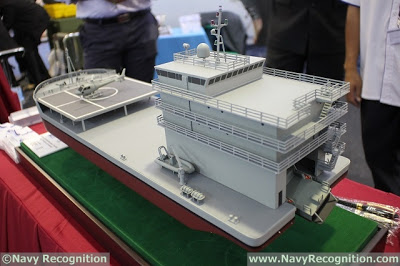