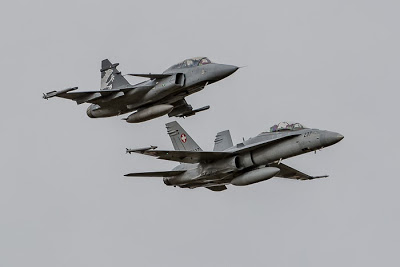 LANGKAWI: The next Langkawi Interna­tional Maritime and Aerospace (Lima) exhibition may be in 2019 but the two ministers involved are not taking a break.

“I’m working with him to make a presentation to the Cabinet … we will start work for 2019 now. It has not been easy but we need to move. We already launched the Defence Services Asia 2018 even before Lima 2017 ended. This shows how proactive we are,” the minister told a press conference to sum up Lima 2017 which closes here today.

Hishammuddin said guiding Lima towards the commercial and civil aviation sectors was the best way forward.

“This is because on the military side, we have reached a saturation point,” he said, adding that he was targeting Lima 2019 to have at least an equal focus on military and civil aviation.

He said he also wanted new global players involved with the next Lima show.

“The Transport Ministry has done a great job getting participants from the commercial sector.

“My advice to the (defence) industry is that they must be hungry, as they are fighting for a very limited global cake,” he added.

Hishammuddin said he wanted to see the involvement of new players, namely from the Middle East.

“I would like to see Saudi Arabia’s industries and its navy here. The UAE has got a very strong defence industry.

“These are the people who are going to be at Lima two years from now. If Russia and our traditional allies do not come up to speed, they will be left behind,” he added.

He said Lima 2017 was “successful beyond expectations”, with the largest attendance of both visitors and exhibitors.

On another matter, Hishammuddin did not want to say if his ministry had narrowed down the choice for the multi-role combat aircraft supply contract.

Asked if the ministry would settle for Eurofighter Typhoon by BAE Systems or the Rafale by Dassault Aviation, he said the Boeing F/A-18E/F Super Hornet and the Saab Gripen “are still in the running”.