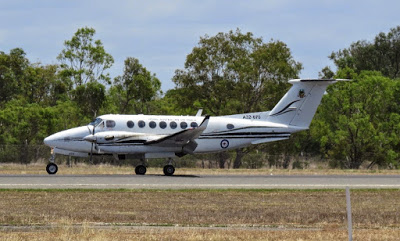 Despite considering the consolidation of its 16-strong Beechcraft King Air 350 fleet over the next two years, the Royal Australian Air Force (RAAF) is acquiring four new aircraft from Hawker Pacific.

Although not announced publicly, a spokesperson for the Australian Department of Defence said the aircraft are being acquired under a leasing agreement with Hawker Pacific, and that they will be operated by 32 Squadron (Air Training Wing) at East Sale in Victoria.

The spokesperson said that the new aircraft are being leased through the current King Air sustainment programme managed by the Defence’s Capability Acquisition and Sustainment Group (CASG).

The four aircraft have already been registered to Hawker Pacific and are currently at Bankstown, west of Sydney, prior to entering service.

The RAAF already operates eight King Airs in the ACO/AvWO training role, plus it has a further eight in service with 38 Squadron (Air Mobility Group).

BAE Systems developed and installed the King Air 350’s Navigation Trainer Project’s airborne navigation trainer and synthetic navigation training systems into the cabins of all eight 32 Squadron aircraft, which were commissioned into service in 2004.

The fleet is the subject of a review that will likely consolidate operations within one squadron in the near future, possibly at East Sale. However, it is unclear how the new aircraft fit within this plan.

The RAAF declined to answer any further questions on the subject.