16 Oktober 2016
originally this article was published in AINOnline on February 7, 2014 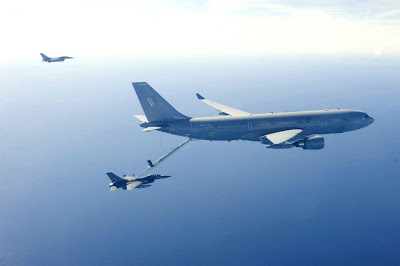 Boasting one of the fastest growing economies in the world is allowing Indonesia to invest much-needed funds in its military. After years of stagnation caused by the 1997 financial crisis, leading to most of Indonesia’s military acquisition programs being cancelled, the situation deteriorated further when the U.S. imposed an arms embargo in 1999 that lasted until 2005.

The Indonesian Air Force (TNI-AU) entered into only one major acquisition program during that period, procuring Su-27 and Su-30 Flankers from Russia to bolster its aging fighter fleet. The TNI-AU had never ordered Russian aircraft after the failed communist coup in 1965 but it was left with no option after Western companies stuck to the arms embargo. 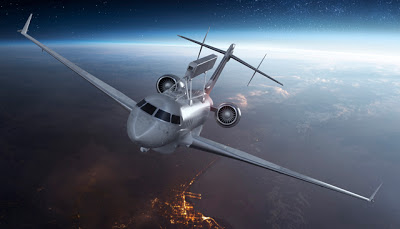 With military budgets set every five years, the armed forces are now drawing up a shopping list for 2015-19. Local industry, particularly PT Dirgantara Indonesia (PTDI), will play a major part in how this money is spent. The past 15 years has not been kind to the company; it was hit massively by the 1997 crisis. However, in July 2011, EADS-Airbus Military signed a strategic collaboration with PTDI to assist with revitalizing Indonesia’s national aerospace industry, mainly by growing PTDI’s manufacturing output. The two companies enjoy a long-standing manufacturing relationship, which goes back to the days of CASA and PTDI’s predecessor: IPTN.


While PTDI is an important supplier of the C212 and CN 235 light/medium transport and surveillance aircraft to Airbus Military, it also works closely with another EADS company, Eurocopter. In July 2011, Eurocopter signed a new teaming agreement with PTDI consisting of industrial cooperation as well as marketing Eurocopter products to the Indonesian government for use in the domestic market. The partnership between the two companies began 35 years ago, and has seen some 130 BO-105s, 11 SA330s and 20 AS332 Super Pumas built under license production at Bandung. An assembly line was set up for the Super Puma in 2008, integrating PTDI into Eurocopter’s global supply chain.

Some believe PTDI does not provide the military value for money, but nonetheless it will become a major benefactor from the 2015-19 budgets, even if the fighters will take much of the money as they did in the previous five years. 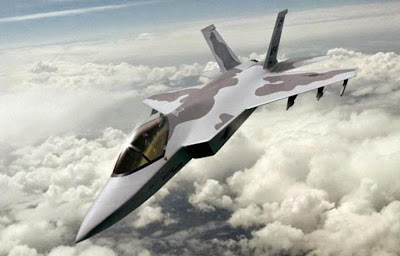 After the initial acquisition of nine Flankers, the Indonesian MOD signed a $470 million contract with JSC Rosoboronexport on Dec. 29, 2011, for six more Su-30MK2s, delivered in February, May and September 2013. A close source has told AIN that the Russian aircraft have been “troublesome,” with usual issues concerning spares.

After the OV-10 Broncos were withdrawn from use several years ago, the TNI-AU (Tentara Nasional Indonesia Angkatan Udara–Indonesian Air Force) was left with no close-air-support aircraft until eight Embraer Super Tucanos were ordered in November 2010. The first four were handed over to SkU 21 at Abdulrachmen Saleh (Mulang) during the third quarter of 2012 following a ceremony in Brazil on Aug. 6, 2012. A contract for a second batch of eight aircraft was announced on July 10, 2012, with deliveries expected in 2014. 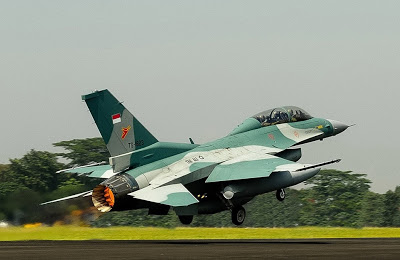 A $750 million FMS deal to acquire 24 upgraded F-16 Block 32IDs was agreed with the U.S. government in November 2011. The contract comprises 19 single-seaters and five dual-seaters, with the first four aircraft due in mid-2014, followed by four every three months. Work on the jets is under way at Ogden Air Logistics Center, Utah, where a TNI-AU Project Office comprising six people has been set up. The aircraft will be delivered initially to SkU 16, based at Madiun-Iswahyudi, until the infrastructure at Pekanbaru is ready. Their arrival will allow the aging fleet of six F-16As and three F-16B Block 15s to go through a Falcon Up upgrade. The F-16s have suffered spares shortages in recent years, but these issues have not been limited to F-16s.

The fleet of 33 multi-role Hawk 109/209s delivered to SkU 1 at Pontiniak and SkU 12 at Pekanbaru in the mid-’90s has been hit particularly hard, especially with issues stemming from the Adour Mk 871 engines.

The fleet of 11 F-5s that was upgraded by SABCA (now Belgian Aerospace) in the late-1990s was grounded twice during 2013. Even if spares problems are resolved, the veteran fighter will soldier on only until 2018, so funds are likely to be earmarked for a replacement in the 2015-19 budget. One solution was the new K-FX (Korean fighter) program the Indonesians were jointly developing with Korea. However, in late 2012 the South Korean government put an 18-month hold on this $8 billion project that should have led to 50 K-FXs being delivered to the TNI-AU and 200 to the ROKAF. A first batch of five was scheduled for delivery to Indonesia in 2020, but the project is more likely to be cancelled. As a result, the money is being spent overhauling nine C-130Hs acquired free of charge from the Royal Australian Air Force and buying six CASA 295s for a special-mission fit.

There is speculation the TNI-AU could now acquire former USAF F-15s to replace the F-5s, while RFIs have also been sent to Saab (Gripen), Dassault (Rafale) and Eurofighter. With some 17,000 islands making up the world’s largest archipelago, Indonesia needs to maintain a modern airborne maritime surveillance fleet in a bid to confront increasing threats from pirates, smugglers and terrorists. This led the TNI-AU to order another much needed CASA CN 235 maritime patrol aircraft (MPA) in 2012, with a Telephonics system and Star Safire HDI FLIR turret. Delivery is expected in 2015. The order comes six years after the first and only MPA was delivered to SkU 5 at Madassar.

An initial requirement for three MPAs led to a contract being signed with Thales in 1996, but a single aircraft was delivered, with an AMASCOS 200 system, and the other two remained as basic transport aircraft with SkU 5. With obsolescence now creeping in, PTDI has been contracted to replace the Thales Oceanmaster radar with Telephonics’ AN/APS 143C3 maritime radar.

There is also an urgent requirement for a SIGINT platform, which could be purchased during the next five-year budget plan, in 2015-19. It is likely one of the CASA 212s serving the TNI-AU will be upgraded with new systems. The three aging Boeing 737-200 Surveiller Side-Looking Airborne Modular Multi-mission Radar (SLAMMR) aircraft are in desperate need of replacement, and speculation is the TNI-AU will go for an increased number of CN 235-220s with SIGINT systems on board to replace them. 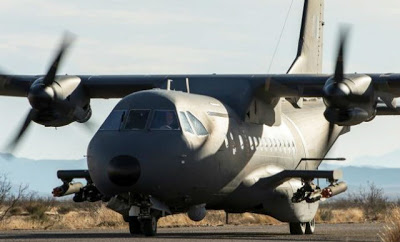 The TNI-AU relies predominantly on PTDI for its medium-to-small airlift needs. Five CN 235s operate with SkU 2 at Halim, replacing five Fokker 27s grounded in 2012 after a fatal accident. They work alongside three CASA 295s of 10 on order. There is a keen interest in acquiring special-mission systems for an additional six CASA 295s, with Texas-based ATK offering their palletized gunship system.

There are currently two tactical airlift squadrons in the TNI-AU: SkU 31 at Halim-Perdanakusuma operates a mix of C-130H-30s, L100-30s and C-130H; while SKU 32 at Abdulrachman Saleh flies 10 C-130B/Hs, including two KC-130Bs tankers that represent the TNI-AU’s sole air-to-air refueling capability. With close links to Airbus Military it is likely they will be replaced by two A330MRTT hose/drogue and boom aircraft.

As a result of acquiring the nine ex-RAAF C-130s, a third C-130 unit, SkU 33 will stand up at Makassar. There is a real need to provide support to the Sukhois and this should be the solution, with tactical needs in the region also being covered. It is not clear whether the new C-130s will actually be SkU 32 assets, or if they will be split among all the units. 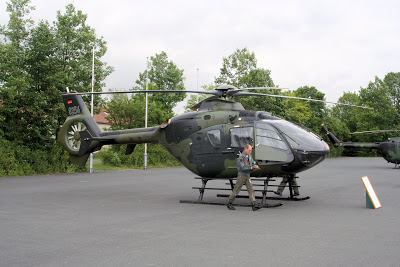 Helicopter training takes place at Kalijati with SkU 7 on 50-year-old Bell 47G Soloys. These stalwarts are used by newly qualified pilots fresh from Yogyakarta for basic helicopter training. Their short-term future is secure because the unit’s EC120 Colibris are also being used to cover SAR detachments. Longer term, 12 EC135s on order will replace the operational role of the EC120, allowing it to revert to the training role for which it was acquired, and easing the Soloys into retirement. 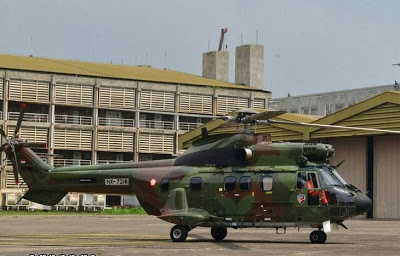 SkU 6 at Atang Senjaya near Bogor flies four of 18 Super Pumas ordered in 2000. Another three NAS332L1s with SkU 45 at Halim are being used in the VIP role alongside two Eurocopter-built AS332L2s. Also based at Atang Senjaya is SkU 8, which flies a handful of NSA330 Pumas. Six EC725s have been ordered for the Special Forces role and should be delivered in 2014-15 to a new unit, SkU 9 at Kalijati. It is not clear if they are taking up the slack that the Super Pumas failed to deliver.

Pilot training is carried out at Yogyakarta with SkU 101, instructing students on the AS202 Bravos, flying 120 hours on elementary training. However, the Bravo’s days are expected to end within the next few years, as the TNI-AU ordered 18 Grob G120TPs in 2012. The first batch of 10 aircraft was delivered in 2013, and a further batch of eight are to arrive in 2014. Modernization of the Flying Training Academy got under way in 2003 when SkU 102 took delivery of 16 KT-1T Woongbees for instructor training. Longer term there is also a need for a basic trainer replacement. 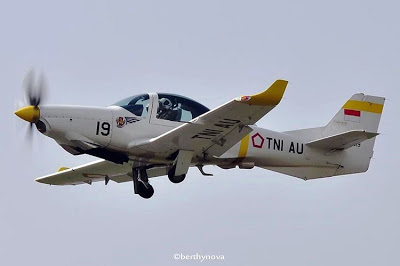 The next five-year budget, for 2015-2019, will be set in mid-2014 and projects such as airborne early warning and control (AEW&C), tankers, new fighters, SIGINT aircraft as well as new weaponry are all under review. It is unlikely the Russians will figure highly in any future acquisition.