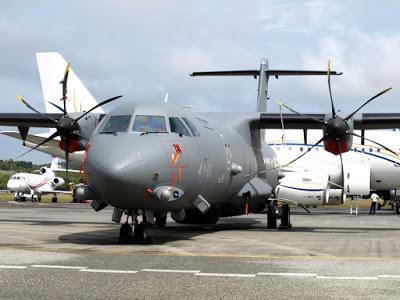 The Royal Malaysian Air Force (RMAF) has made the acquisition of maritime patrol aircraft (MPA) its “number one priority,” according to Maj. Gen. Kamalruzaman bin Othman, assistant chief of staff, operations and strategy division. Responding to the requirement, Leonardo brought one of the ATR-72MP aircraft that it recently delivered to the Italian air force to last week’s Langkawi International Maritime and Aerospace (LIMA) show. However, a previous Malaysian defense minister made the same declaration four years ago, with no action taken since.

“With the current situation in Sabah and Sarawak, it requires a lot of maritime surveillance,” said Kamalruzaman. He was referring to the repeated pirate attacks on shipping in Sulu Sea, including the kidnapping of sailors and tourists. But the RMAF currently operates just three MPAs. These are Beechcraft B200T Super King Airs, two of which are fitted with the Thales Airborne Maritime Situation and Control System (AMASCOS). A fourth B200T was written off last December, adding to the RMAF’s urgent need for an MPA. 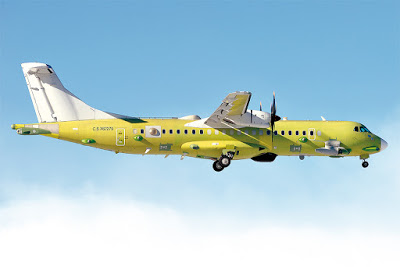 Industry sources said that the RMAF is looking for an MPA focused on surveillance capabilities, rather than an armed platform. The Malaysian Maritime Enforcement Agency (MMEA), which is responsible for policing duties in the country’s exclusive economic zone (EEZ), is also scouting for a light maritime surveillance aircraft. It currently flies just two CL-415 amphibians in this role.

Leonardo claims that the ATR-72MP has a low cost of operation, is easy to maintain and provides exceptional versatility in a number of maritime roles. It can fly missions lasting as long as 10 hours.

The ATR-72MP is equipped with Leonardo’s Airborne Tactical Observation and Surveillance (ATOS) mission system, which uses advanced data-fusion techniques to present to the operator a single tactical picture that integrates information from all of the aircraft’s onboard sensors. These include the company’s Seaspray AESA (active electronically scanned array) surveillance radar. The Italian company is hoping to leverage the large pool of ATR-72 airliners in Malaysia that will support the maintenance of the aircraft. 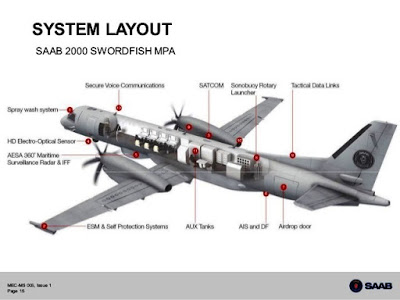 Saab is offering its new Swordfish anti-submarine and anti-surface mission system that can be carried by either the Global 6000 business jet or the Saab 2000 or Bombardier Q400 regional turboprops. The Swedish company is also proposing the leaner Albatross mission system, suitable for small platforms such as the Saab 340, to fulfill the MMEA’s requirement. This  includes only a basic surface search radar, AIS, electro-optic camera and communications suite.

Another candidate for the Malaysian requirements could be the CN235 MPA that was designed by Airbus Defence & Space predecessor CASA, but which is now produced only by partner company Indonesian Aerospace in Bandung.