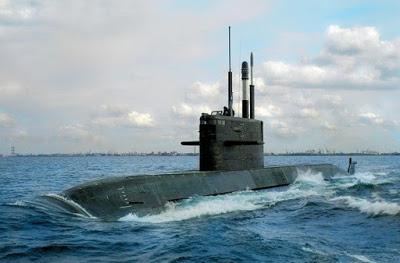 At the LIMA 2017, Vietnam paid special attention to the Amur submarine, which was equipped with the AIP generation. (photo : Rubin)

According to pictures released by the Channel, the Vietnamese Navy has paid attention to the Russian version of Project 667E Amur 1650 attack submarine. According to the Russian media, it is very likely that in the coming time, Vietnam will buy more submarines to build a second fleet with the brightest candidate Amur 1650.

Before this information appeared , as Sputnik had given more information on military- technical cooperation between Vietnam and Russia, Moscow was ready to sell more submarines and ships to Vietnam.

Vladimir Kozhin told Russian media:
“Based on our comprehensive strategic partnership, Russia has expressed its willingness to continue to provide comprehensive assistance to the Vietnamese side in strengthening the military, including the provision of floating ships. And modern submarines “.

“Based on our comprehensive strategic partnership, Russia has expressed its willingness to continue to provide comprehensive assistance to the Vietnamese side in strengthening the military, including the provision of floating ships. And modern submarines “. 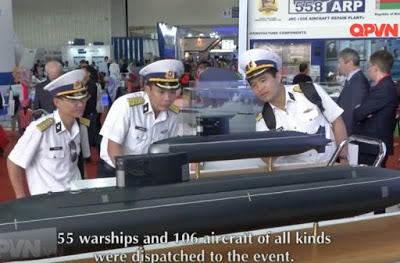 From this reality, Professor Carl Thayer, an Australian military expert, said that Vietnam will have two Kilo fighters in regular combat status, two in reserve and two in security status. Street.

So, in order to really be able to cope with the mighty adversaries, the Vietnamese Navy needs to be supplemented with a more modern submarine brigade. So what kind of new submarines are appropriate to equip this brigade when Russia is ready to sell more submarines to Vietnam?

According to the expert, the first candidate to be considered will undoubtedly be the next generation of the Lada-class Lada submarine with the export version of the Amur 1650. Lada is armed with a control system and automation. Advanced, the new engine is very quiet, with less noise than Kilo several times to improve stealth.

In particular, Lada is Russia ‘s first conventional submarine to be equipped with an AIP, giving an underwater lifetime much longer than Kilo. In addition to the Amur submarine, Professor Carl Thayer said that Vietnam is also interested in the Scorpene submarine produced by the French group DCNS. 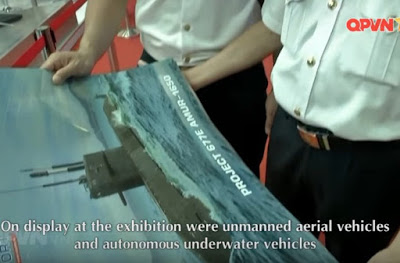 In particular, Scopene AIP systems are highly reliable, offering longer dive times and continuous operation than non-AIP submarines. According to the manufacturer, Scorpene operates continuously for 71 days at sea, far ahead of Russia’s Kilo 636.

This fourth-generation diesel-electric submarine also helps Vietnam diversify its supply of arms, avoiding “picking” when the two sides are too aware of the pros and cons of each other. In addition, Vietnam can refer to operational experience or support for sailors training from India, when the navy signed a license agreement with six Scorpene vessels.

According to this expert, it is likely that after 2020, the Vietnamese Navy will be equipped with an advanced Scorpene submarine brigade, together with the existing 189th Brigade to form a framework to crush all ambitions. Violate the sovereignty of the island’s external power.