Japan Seeks to Give Patrol Planes to Malaysia 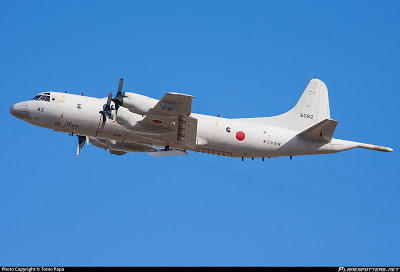 Parliament is currently weighing revisions to the foundational law of the Ministry of Defense that would allow equipment to be given to other nations at no cost. Currently, some form of compensation is legally required for any national asset. Malaysia will likely be the first beneficiary once that change is made, receiving P-3C patrol aircraft previously used by the Maritime Self-Defense Force.

P-3Cs, developed by Lockheed Martin of the U.S., are equipped with radar and other capabilities letting them detect and monitor suspicious ships and submarines. Kawasaki Heavy Industries manufactured the aircraft under a license agreement for a time, though that production has since ended. The Maritime Self-Defense Force has 60 or so of the aircraft in operation, and plans to retire those that have logged around 15,000 hours in flight.

Malaysia approached Japan about adding P-3Cs to its fleet, according to an official at the Defense Ministry’s Acquisition, Technology and Logistics Agency. Japan will hand the retired aircraft over after making renovations. The plan is to remove technologies such as high-performance radar used to detect submarines, which could qualify as defense secrets.

Tokyo aims to reach an agreement with Kuala Lumpur on the transfer of defense equipment and technology in short order to clear the way for a hand-off. The deal must accord with Japan’s key principles regarding such transfers, which aim to ensure transparency, security and compliance with international law.

Japan will also conduct a review of the plan to ensure that neither defense equipment nor the technology involved will fall into China’s hands, and plans to obtain permission for the transfer under the U.S. International Traffic in Arms Regulations, due to the P-3Cs’ American origins.

Japan is deepening defense cooperation with various members of the Association of Southeast Asian Nations grappling with China’s expansion in the South China Sea. Tokyo has concluded an equipment transfer agreement with the Philippines, and is negotiating a similar pact with Indonesia. Nations such as Myanmar and Cambodia receive military rescue assistance in times of emergency and help building infrastructure, among other aid designed to boost defense capacity.