Many Factors Being Considered in UH-1D Chopper Crash: PAF 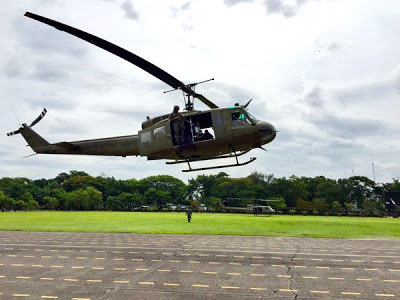 MANILA — Investigators are looking into mechanical failure, bird strike and other factors in the UH-1D helicopter crash in Tanay, Rizal last Thursday that killed three Air Force personnel and wounded another.

“I cannot give you any detail but (the crash) will pass through a very thorough investigation. We still have to consider lots of things, like the environment and what other features the crash site has — if it has obstacles, bird strike and (whether) mechanical factors are also involved,” Philippine Air Force (PAF) spokesperson Col. Antonio Francisco has said.

Following the crash, the Air Force grounded the other five UH-1Ds in service for inspection, based on standard procedures.

Rimas survived the crash and is on stable but guarded condition at the Armed Forces of the Philippines-Medical Center (AFP-MC) in V. Luna, Quezon City.