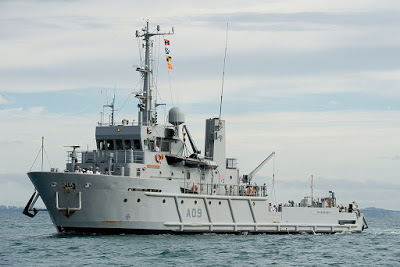 HMNZS Manawanui is scheduled to be retired in 2018. (photo : NZDF)

The Defence Force has been given nearly $1 billion in new funding to upgrade bases, intelligence and surveillance systems, and to purchase a new ship for the Royal New Zealand Navy.

Much of the funding will go towards priorities identified in the Defence White Paper last year, newly-appointed Defence Minister Mark Mitchell said.

“It is vital that the NZ Defence Force has what it needs to meet the country’s security and defence interests,” he said.

“One of our biggest priorities is ensuring the NZDF has the right people with the right training ready when needed.”

“It will also go towards a variety of new initiatives and projects in train already, including a cyber security support capability for the protection of NZDF communication networks, a new pilot training capability service, and more funding for our helicopter fleets.”

The capital funding of $576 million included:

• $100m to upgrade defence camps and bases in Auckland, Manawatu, Canterbury and other locations.

• $302m to upgrade the communications systems on frigates, and to purchase a new navy support ship, which will replace the HMNZS Manawanui (to be retired in 2018) and the HMNZS Resolution (retired in 2012)

• $110m for a modern logistics system

Another $9.6m will be invested in New Zealand’s operations in Antarctica.

Of that total, $4m will go into redeveloping Scott Base, which is expected to come to the end of its lifespan within 10 years. And $3.5m will go into the National Antarctic Programme’s offices in Christchurch.