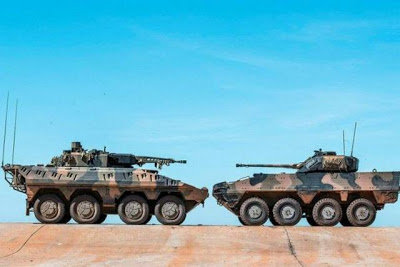 The two companies vying to build Australia’s next generation Combat Reconnaissance Vehicles have been put through their paces at a live firing exercise at the Puckapunyal Army Base in Victoria.

Minister for Defence Industry, the Hon Christopher Pyne MP, observed the live firing which saw the contenders for LAND 400 Phase 2 test their weapons. 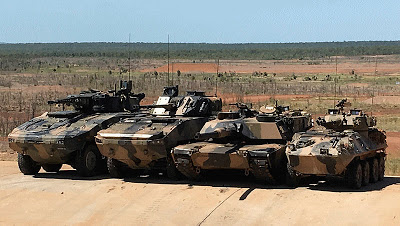 “Projects like LAND 400 Phase 2 give us the opportunity to modernise our defence capability while creating hundreds of jobs in Australia and boosting domestic manufacturing.”

“Both vehicles represent a significant advancement in the protection and capability levels we will provide to our diggers,” Minister Pyne said.

“The Rheinmetall Boxer CRV and the BAE Systems Australia Patria AMV35 are armoured fighting vehicles with vastly improved firepower, protection and mobility than our current fleet.” 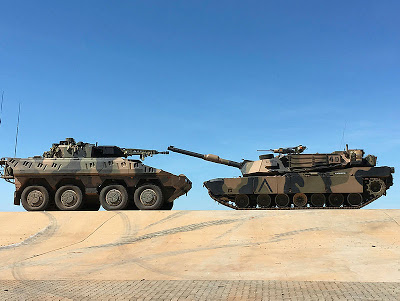 The vehicles are currently undergoing test and evaluation as part of the 12 month Risk Mitigation Activity to help pick a winner.

“There has been significant effort put in to increase the opportunities for Australian companies to be a part of LAND 400,” Minister Pyne said 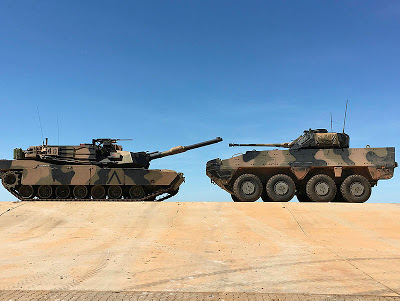 “Defence completed a nationwide series of workshops late last year to provide Australian companies with an opportunity to showcase their capabilities to the shortlisted LAND 400 tenderers.

LAND 400 Phase 2 is a $4-5 billion project to purchase 225 Combat Reconnaissance Vehicles to replace the Australian Light Armoured Vehicles currently in service with the Australian Army.