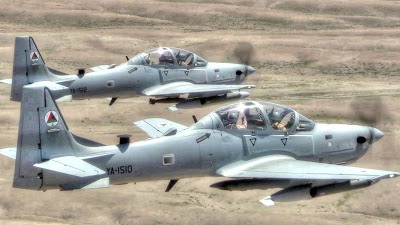 Department of National Defense (DND) and Armed Forces of the Philippines (AFP) 6 Close Air Support (CAS) aircraft acquisition project for Philippine Air Force is now moving to a “milestone” stage after several failed initiations in the past years.

This project is part of AFP Modernization Program First Horizon which is set to end this year.

“The acquisition of the Philippine Air Force’s (PAF) next Close Air Support Aircraft has finally reached an important milestone after 4 years of failing to have it move beyond planning and pre-bid conferences,” MaxDefense Philippines said in an article.

“With Embraer already considered the Sole Compliant Bidder, the Philippine Air Force will be conducting Post-Bid Qualification (PQ) Inspections to confirm the submitted documents of Embraer, while also checking Embraer’s aircraft manufacturing as well as the Super Tucano itself,” MaxDefense said.

“Once they get the conformance approval from the PQ inspection team, the PAF would make a recommendation for the DND to provide a Notice/Letter of Award to Embraer which fomally signifies the awarding of the project to Embraer, and with that a Contract will follow between the two parties,” MaxDefense added.

The DND previously confirmed that projects under First Horizon will be completed.

“The leadership of the Department of National Defense and the Armed Forces of the Philippines will pursue the implementation of the approved projects which are not yet contracted or completed under the First Horizon (2013-2017) of the Revised AFP Modernization Program (RAFPMP),” DND said.

“Projects such as the CAS aircraft, LRPA (2 long-range patrol aircraft) and FA-50 Munitions are still in various stages of procurement,” it added.