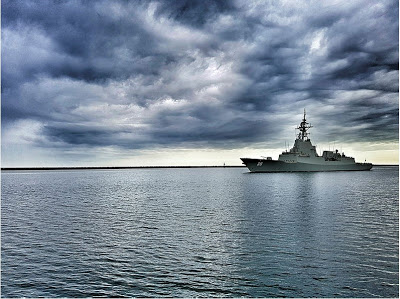 ADELAIDE, Australia – Lockheed Martin Australia congratulates the Commonwealth of Australia for receiving its first Aegis-equipped ship, HOBART at a ceremony marking the occasion today in Adelaide.

The handover of HOBART to the Department of Defence marks a significant milestone for Australia – officially joining the Lockheed Martin global Aegis fleet alongside Japan, Spain, Norway, the Republic of Korea and the United States.

HOBART marks the 107th ship to join the fleet and the sixth Allied nation to benefit from Aegis capabilities.

“I am personally proud to see this next milestone achieved in capability, having had the privilege of ceremonially bringing the system to life in Moorestown while the Naval Attaché based in Washington DC,” continued Mr Di Pietro.

The Hobart Class destroyers are being built under Australia’s SEA 4000 program, which will ultimately deliver three advanced multi-mission ships by the end of 2019. These destroyers will be Australia’s first ships to be equipped with Lockheed Martin’s Aegis Weapon System, which integrates commercial-off-the-shelf hardware technology and open architecture software into the combat system.

In support of the Commonwealth, Lockheed Martin and the U.S. Navy are committed to the successful delivery of Australia’s Hobart Class Aegis Destroyers.